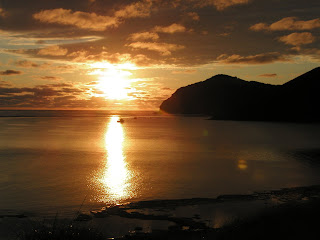 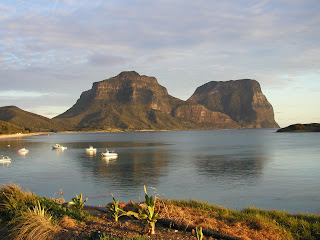 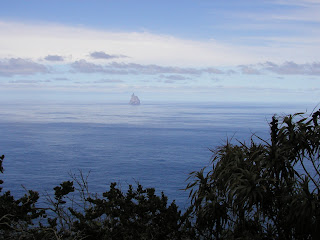 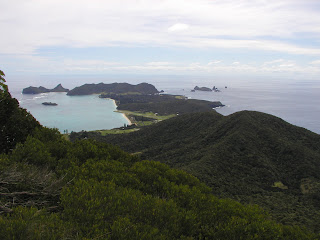 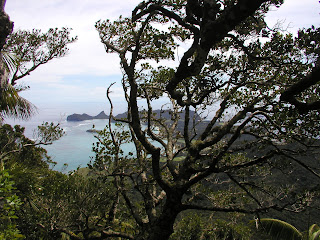 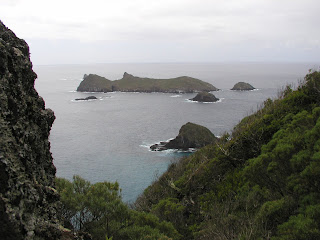 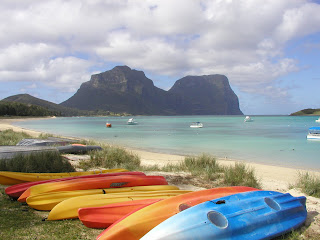 A view from every track - Lord Howe has much to offer

In a world in meltdown on a range of fronts a week out on Lord Howe Island offers an experience of how it ought to be.

The curb on development and success in eradicating many of the feral animals introduced by early Europeans are particularly heartening.
Posted by Ray at 12:00 pm 1 comment:

Email ThisBlogThis!Share to TwitterShare to FacebookShare to Pinterest
In search of a cohesive narrative for Australians .....and beyond

The recent switch of leader by the opposition Liberal Party has galvanised dinner party conversations about the future of Kevin Rudd and his government. In many of these conversations people point to the complete absence of any coherent narrative that connects Australians with our changing global circumstances. In today's Age Ross Gittins describes this as the absence of an ideology. In reference to the PM he says:

'It's when you observe the performance of a man who professes not to have any that you realise its value.

Ideology is a word that, in modern times, has taken on almost exclusively negative connotations. We never admit having one of our own, but condemn others for being "ideological". What we usually mean is merely that their ideology does not agree with ours.....

Everyone needs their own ideology because they need a set of values — about the meaning of life, why we are here and how we should treat others — to set a standard for their behaviour.'

Of course this does not only apply to Kevin Rudd. Gordon Brown too has missed an important historical and political opportunity to provide a narrative for UK citizens - but in the end he seems to have had little to say!

Pille Bunnell has drawn my attention to an excellent animation which brings home in simple and graphic form the situation we appear to face in relation to human-induced climate change. She was prompted to send this in response to my claim that:

"The acceptance that humans are changing the climate of the earth is the most compelling of reasons, amongst a long litany of reasons, as to why collectively we have to change our ways of thinking and acting."

Yet in today's Age the Kew branch of the Liberal party are reported as having a climate skeptic as their only guest speaker in a science focused discussion of climate change! This is a far cry from Australia's leading climate scientists who have just written to the PM calling for quicker action and more stringent cuts to CO2 emissions.
Posted by Ray at 11:06 am No comments: