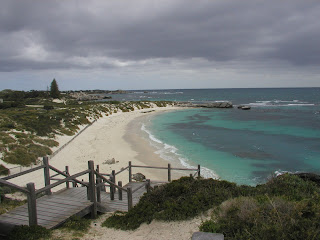 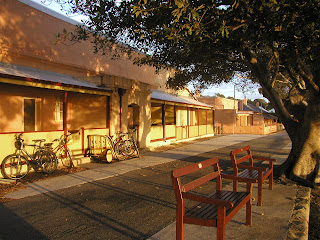 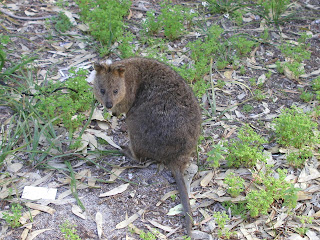 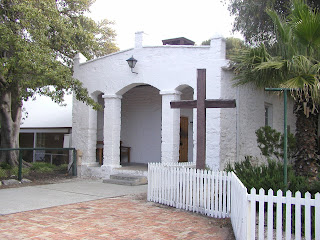 Whilst in Perth I managed to squeeze in several hours in the Battye Library on the trail of my great-grandfather, Gus (Augustus Horatio Arthur!) Coleman who taught at primary schools in WA from 1900-1909. I also managed an overnight stay on Rottnest Island, 12 miles off the coast from Freemantle, which was the last school in WA at which Gus taught. He went home (to NSW) on Christmas leave in 1909 a broken man never to return to WA. In fact he died in 1913 aged just 42 leaving a widow and five children. Having heard stories of her time in WA from my grandmother, Rottnest had stayed with me - stories of Quokkas and aboriginal Australians (the history is quite shameful - it was in fact a prison for aboriginals for many years with about 365 deaths in custody!). I had imagined the stay on Rottnest to have been a significant part of my grandmother's life in WA but the records show that she and her family only lived there for a bit over a month at the end of 1909. By this time the prison and the boy's reform school had been closed and the island was already becoming the leisure and tourist destination it is today.

I did however locate the school in which Gus must have taught and the house in which the family would have lived. Although in a parlous state, in terms of funding, the archival material available enables those who are interested to recapture through research an understanding of the Europeanisation of this continent and thus to better appreciate our place in it. The photos are a selection from this journey into place [they include (i) the chapel/school where Gus taught; (ii) a triple terrace, one of which was the teacher's house; (iii) a Quokka and (iv) a view from Bathurst Point.]
Posted by Ray at 2:54 pm