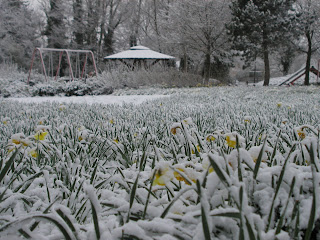 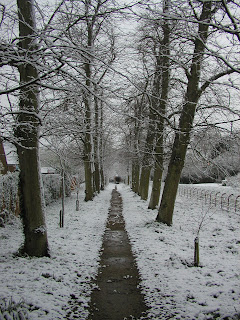 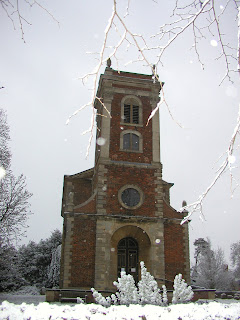 The beauty of April snow is welcome relief from mismatch between rhetoric and reality of UK government.

Having been back in the UK all of four weeks it has not taken me long to experience the mismatch between what is espoused by the UK government - especially with respect to climate change mitigation and adaptation - and what it does. The budget was a case in point. The continuing commitment to airport expansion at Heathrow (despite the recent systemic failures associated with the opening of Terminal 5) is another example. Targets are still rampant - and their distorting effects. Small incidents on the motorways create gridlock - and the train system is fragile (the west coast line will close on weekends for much of the summer).

But the landscape this morning lifted my spirits.
Posted by Ray at 8:17 pm