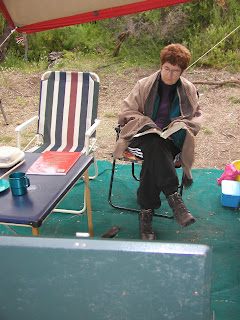 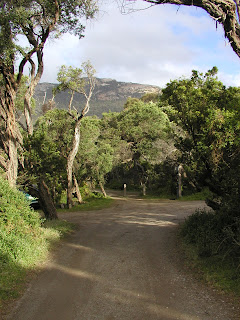 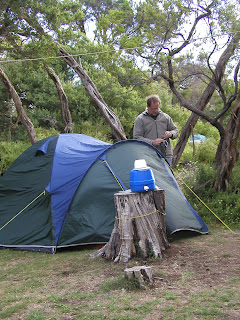 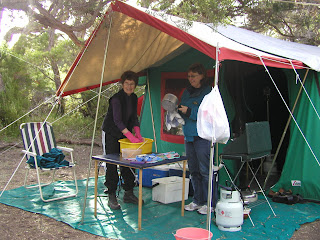 December in this part of the world was one of the coldest for some time. It was also the first time we had been camping in years! Courtesy of friends David and Meredith we had three nights at Wilson's Promontory National Park (Tidal River camping ground in the lee of Mt Oberon). This is the most southerly point on the Australian mainland ...and it felt like it. A beautful spot but good at delivering four seasons every hour! The Rosellas, Superb Blue Wrens and wombats were a particular delight.

Despite some recent rain and the scuddy showers whilst we were there few if any of the streams in the park were flowing and the tree ferns were really stressed. So these ecosystems are still very short of water. Water supplies for Melbourne are still critical with a major campaign being run by the Victorian Government to reduce per capita water consumption to 155 litres per day.

The cool period lasted into the first week of January which we spent at Red Hill on the Mornington Peninsula south of Melbourne. A great spot.
Posted by Ray at 2:50 pm