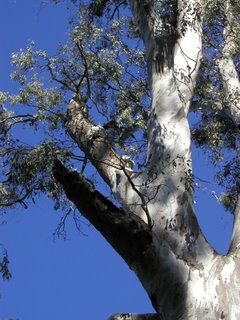 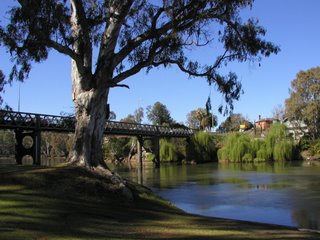 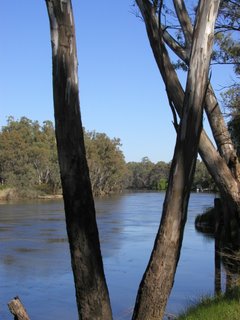 On the Murray …Corowa and Australian Federation

In the 1890s economic activity was being constrained by the taxes and tariffs that the States were imposing on trade with each other. This was in part the impetus for the 1892 Federation conference in Corowa. As an aside, one of Daniel Coleman’s sons-in-law, Edward Hyde McGuiness, was a tax inspector, and may have had something to do, indirectly with the Corowa conference. The bridge over the Murray joining Wahgunya with Corowa was one of the main crossing points from Victoria to NSW.

Another of Daniel’s sons lived for a time in Corowa and, as I had never been there, this was my next stop. Of the many motels in town only one had broadband access! It just happened to be in Edward St where Edward Daniel Coleman and his family had lived just before, and during the early part of World War 1.

The historical sources were a disappointment – a continuing theme of my trip I am afraid. What I particularly found distressing was how alienated local communities seem to be (both physically and intellectually) from material and understandings about their history. Rather than politicians like the PM exhorting more effective teaching of history in schools they might do well to fund local communities to build up their resources – both social and material.

Early morning on the banks of the Murray was a joy.
Posted by Ray at 1:05 pm