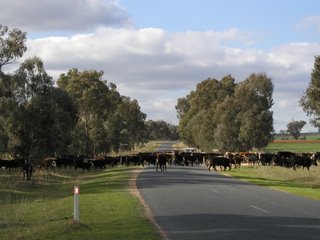 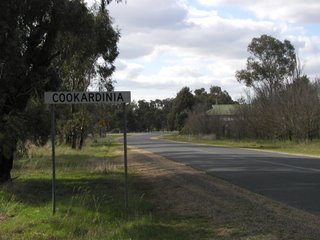 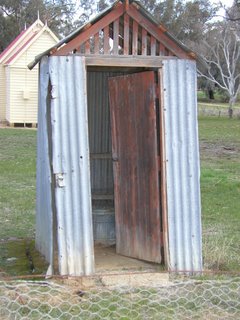 Via Culcairn and Cookardinia to Canberra….

In Australia members of the Coleman family have been teachers or academics in every generation. My great-great grandfather, Joseph Coleman began teaching at Kurrajong Denominational School in 1865. His two sons also became public school teachers. Most of the schools they taught at were one teacher primary schools and many were in quite isolated communities. Joseph’s grandson, Horace Coleman, also became a school teacher, his last school being Cookardinia. Today Cookardina is a blink and miss place – just two sign posts on the road, unless you slow down to take a close look or follow the sign to the local cemetery. If you do go to the cemetery you will see some distinctive Australian architecture (see photo).

Coming over the ridge from Culcairn there are magnificent views of the Cookardinia valley (although it is probably not called this). I am not sure if my Coleman ancestors appreciated it or not.

On the 25th June 1923 there is on Horace’s teaching file a medical certificate saying: ‘This is to certify that Mr Horace Coleman is suffering from threatened nervous breakdown and it has been on my recommendation that he applied for leave’. His wife had died suddenly, aged about 38, a few days before. The following year is a telegram addressed to Mr Melville, Inspector of Schools, Albury, dated 22nd July 1924 saying: ‘Mr Coleman teacher Cookardinia passed away last night. Dulcie Coleman’. Dulcie was just 17 and her sisters Iris and Myrtle, 12 and 10 respectively. Horace was 43. It was a hard life.

Rural Australia is still a hard life for many – I passed several mobs of cattle out in the ‘long paddock’ (the roads and travelling stock routes) that are used in times of drought. The countryside was green but it will be a green drought without further rainfall.
Posted by Ray at 1:26 pm