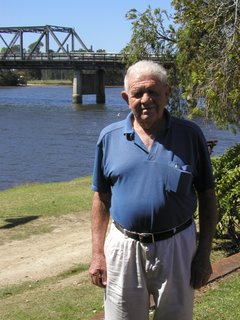 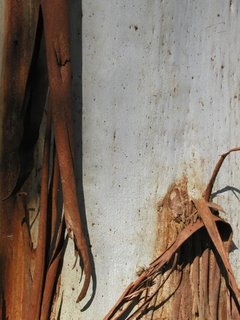 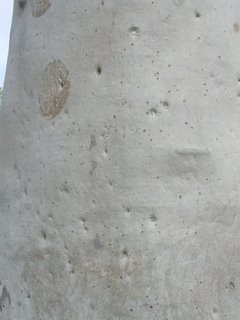 And so back to Melbourne - the good, the bad, the ugly

I have been on the road, more-or-less, for a month. I have driven almost 5000km – some of those day-long trips of up to 12 hours. What impressions am I left with?

Some of the best moments of this trip were unexpected – particular incidents with some of the friends and relatives (often distant) I chose to look up, such as the tears that came when an 83 year old first cousin of my mother’s saw, for the first time, a wedding photo of his parents, in my ‘White family’ manuscript. His parents divorced when he was a boy and his mother had destroyed all photos of his father. Later I heard how his experiences of the depression and of the hypocrisy of the established church had led him towards socialism and ultimately to becoming an active member of the Australian Communist Party – something long suppressed in my branch of the family! There were other, similar moments.

I come back more connected with friends and family and having unearthed some of the multiple narratives that give rise to one’s sense of place and identity. In Ryde Library, quite by accident, I came across a photograph taken outside Ryde Church of England Parochial School in 1873 - I feel confident it included my great-great grandmother and grandfather.

I wondered at the skills needed to read the Australian landscape. Particularly the subtle differences that need to be discerned if one is to avoid being left with a sense of unending sameness. The bark of the trees – see earlier posting – is part of it. Bark, leaves and flowers are used to identify different tree species, which together with soil type are the main features to be used in ‘reading the land’. In Europe the cultural, architectural and biopysical diversity of a 5000km journey would be much more obvious!

I was struck by the evidence of growing catchment consciousness and the never-ending blueness of the day-time sky.

I came back feeling more positive about Melbourne - it is much more accessible and people-friendly than Sydney now is - one can walk easily around Melbourne CBD and inner suburbs and the trams are great asset. Then there is the cafe scene - more accessible in Melbourne. A good city to implement 'walk-to-work day'.

For much of my trip I thought it was already too hot - a sign of living too long in England perhaps! Or more likely an effect of significant climate change. Fire and very severe drought seem certain over summer.

I was surprised to find that after 12 years the Hume Highway has not yet been completed - there are still several 'death-trap' stretches.

Imagine only one cafe in Darling St, Balmain with internet access!!!!!... and then you have to pay by the 15 minute slot, and the download speed is so slow that you can only get about one file loaded or downloaded per sesssion! Compare this, and the general 'connectivity scene' in Oz with what is happening in Milton Keynes:

'Milton Keynes looks set to become the first British town to get a high-speed wireless
network based on so-called Wimax technology.
Net connection firm Pipex is to trial a network in the town, which should be up and running
by the end of 2006.
Unlike wi-fi technology, Wimax offers high-speed net access over long distances, instead of
just a few metres.
Pipex said it hoped to have Wimax deployed in eight UK towns by 2008'.

This example reflects, it seems, a more pervasive, systemic issue - the lack of significant investment in public infrastructure. There is also a preoccupation with road developments (but not rail) in the major cities. What are the budget surpluses being used for?

I can't understand why Sydney and Melbourne are not following Ken Livingston's lead in London and introducing a congestion charge. Both cities would become much more person and bicycle friendly immediately.

One only has to drive through country towns to discern the extent of rural poverty. In one coastal NSW town I visited over 56% of people in the local government area are registered with CentreLink (similar to social security). Australia it seems has become a series of city-based island communities on a vast continent, each with their tribal loyalties (manifest within the Federal Liberal party in terms of the Sydney vs Melbourne cabals). Has Australia an effective national rural development strategy?

It is argued on the web site of the Australian Local Government Association that:

'Soundly based economic and regional development is fundamental to the wellbeing of Australian communities. Effective local government participation is vital to the success of economic development initiatives, and local councils, singly or in groups, have long been at the forefront of such initiatives. They have allocated large amounts of time, energy and resources to promoting economic growth in their areas, and have forged valuable partnerships with business, unions and other key players. '

Despite the rhetoric my recent experience suggests that they are fighting a losing battle! Somewhere in the not too distant past rural Australia has slipped below the horizons of the majority of the population.

Australia still has, it seems, an ecologically sustainable development strategy (or at least it has a web site) hosted by the Department of the Environment and Heritage. The very same department was largely cut out of developing Australia's stance on Kyoto and responsibility for the burgeoning water issues across the nation has been vested in a new Office of Water Resources within the Prime Minister's own Department (not mentioned under 'whats new' on the DEH website!!).

Ribbon development is not common in the UK - here it blights the outer margins of almost every town and city. Planners and developers seem to be conspiring to develop urban fringe mortgage ghettos, something exacerbated by rises in petrol prices and interest rates and underinvestment in public transport. Aesthetically it leaves much to be desired and seems ill-equipped to handle the increased fire frequency we are likely to experience.

During my trip the story of air quality in Sydney's road tunnels hit the headlines. This is a particularly ugly situation, if the report I heard on air is valid. This site explores some of the issues as they stood in 2003 and the RTA gives some 'official' background.

'There seems to be a real resistance to government investing in public transport infrastructure in Australia's cities in recent decades. I'd go as far as saying there's actually an anti-public transport bias. Public transport has been viewed by governments as a social cost - as a type of welfare program for those who can't afford to drive. The assumption has been that if you are a productive and successful citizen then of course you will always choose to drive a car rather than catch public transport.'

She touches on perhaps the most ugly issue one encounters - a crisis in thinking, and thinking about thinking! This is coupled with, it seems to me, a deficieny in the democracy dialectic! Difference is not valued, promoted, facilitated or respected.
Posted by Ray at 9:32 pm No comments: