The best 'gravy train' in town?

The National Programme for IT (NPfIT), Connecting for Health (CfH) must be one of the best ‘gravy trains’ in town?
Posted by Ray at 7:32 am No comments: 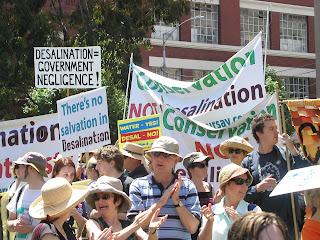 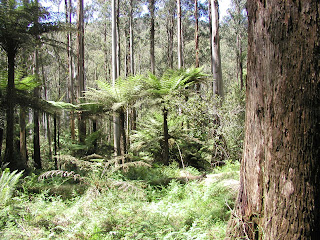 In my blogs I made a decision to avoid the recent election campaign - I was engaged right up till the actual start of the official campaign but after that I found my quality of life to be severely undermined if I listened or read too much. There was little to fire the imagination. I realised my own thinking was well outside that of mainstream Australians when, after leaving a Greens event in Melbourne addressed by Bob Brown, I felt his policies were not radical enough! This experience in itself triggers some reflections - is it that Europe is so different or is it merely that the discourse has been so different there for so long I have come to believe it is very different? Of course we started developing Open University course in the 1990s that took climate change seriously and the EU and UK government's attempts at institutionalising sustainability are much better developed than here. For example, last week I attended a meeting hosted jointly by the University of Melbourne and the Ambassadors of Latin American countries. The aim was to talk about and foster collaboration with Australia, the themes for the day being mining, agriculture and foreign relations. What particularly struck me about the day was how much of the discourse was in a 'business as usual' mode even though climate change was mentioned in passing.

The election of a Rudd government is to be welcomed. It is indeed climate change of another form. Climate change marchers (see photo), of whom I was one, now have government with whom they can hopefully be in step!

Of course I have a number of aspirations as well as fears like most others. I sincerely hope that the new government will not take too much from the Blair years - something they have already done in adopting the so-called 'education revolution' and choosing to populate it with new computers. As we know from UK experience computers per se do not enhance learning! At the moment I am toying with offering my agenda for action if for no other reason than all democracies need new insights and a healthy 'critical' community if they are to thrive.

On this point Clive Hamilton offers a well argued analysis of the implications of a Rudd victory for Australia's re-engagement with the international community on the matter of climate change.

The need for action is urgent. I noted on a recent visit to the magnificent Mountain Ash forests in the Yarra Ranges National Park that these trees looked stressed. If they are then this does not bode well.
Posted by Ray at 7:29 am No comments:

Email ThisBlogThis!Share to TwitterShare to FacebookShare to Pinterest
The systemic impacts of data centralisation along with command and control thinking!

This Observer article makes a powerful case - worthy of citing here in full:

"Ministers will quickly lose their shame over the missing 25 million files and continue to stockpile our most personal secrets. There's no time to crow over the government's loss of 25 million people's details; no time to rejoice at the obvious mortification of Gordon Brown, Alistair Darling, his sidekick, Andy Burnham, Jacqui Smith and Harriet Harman. These people will not be deterred by the calamity of last week. They are shameless. In a month or two they will bounce back. The ID card scheme will be relaunched and Jacqui Smith will continue with her plans to demand 53 pieces of information from people before they travel abroad. The Children's Index, the Children's Assessment Framework, the National Health database, the ever-expanding police DNA database will all continue to scoop up information. Why? Because the control of the masses is coded in the deepest part of Labour's being.

So let me just say it now: the politicians we saw ranged before us on the front bench last Tuesday, like defendants in a mass trial, are dangerous, misguided and incompetent; and they are still in a position to cause havoc. Under a plan known by the reassuringly dull title of Transformational Government, a huge process of centralisation has taken place, creating countless opportunities for security breaches, as well as abuse by the state. At the time, the government defined it as 'transforming public services as citizens receive them and demonstrating how technology can improve the corporate services of government so more resources can be released to deliver "front line" services'. Anyone emerging from this phrase with a clear meaning in their mind deserves an award, but it has resulted in the demonstration of an almost mathematical truth. The larger the database and the more people who have access to it, the greater the lack of security.

Professor Ross Anderson, the leading British expert on this kind of engineering, believes it is impossible to go for scale, security and functionality without one suffering. . . Some 300,000 people will have access to the NHS database. There are already stories about the records of a well-known patient being viewed for entertainment by 50 hospital staff in the North East. 'Imagine a doctor or professor leaving a laptop on a plane that includes the entire nation's health records,' said . 'It's not impossible.' Indeed, at the last count there had been 14 lapses in major government IT projects in the last two years. It's not just about patient privacy or the outrageous decision by to override the need to gain people's consent before their records were uploaded; a failure of the internet or large-scale power cuts could leave hospitals without access to x-rays or medical records. . . Each of us should understand that personal information is exactly that - personal - and that the government has only limited rights to demand and retain it. The scale of its operations and the innate weakness of the systems is a very grave concern to us all. What is needed - and here I hope someone is listening - is a mass movement on the lines of the Countryside Alliance, which goes across all parties and absorbs the skills and expertise of countless activists. Now is the moment to create a movement in defence of our privacy, security and freedom."