Berlin must be developer/builder heaven at the moment.  For architects as well.  There is so much activity - a new underground linking the main railway station with Alexanderplatz which for the moment leaves part of Unter den Linden fenced off by builders' barriers.  As the panorama below shows this is by no means all of it.  And Berlin is supposed to be a poor city by German standards!!

I am here in Berlin for three weeks for several reasons. One is as a Visiting Professor in the Umwelt (Environmental) Governance Group at Humbolt University. Last Tuesday I presented the following paper to a small colloquium concerned with institutions and climate change adaptation:

The presentation stimulated some good discussion.  Next week I deliver a seminar.  I am also here to co-run a Systems PhD training course in conjunction with the European Farming Systems Conference.  We have 25 students who will begin the program on Sunday 30th March and finish Saturday 5th April.  The students are mainly from Europe but international in their spread.  I am also co-convenor of Theme 1.3 in the conference program - Innovation Platforms as Drivers of Institutional Change. With other colleagues I am also co-convenor of a session organised around the re-emergence of interest in Systems within the CGIAR called: "Global Issues: Rebuilding a Systems capability?"

This is not my first visit to Berlin but will be my longest - I would not say I know the city very well, so getting to know Berlin better is also an ambition of my stay.  Last night I took in a concert at the Berlin Philharmoniker - concert for flute and orchestra by Carl Reinecke and Gustav Mahler's 4th Symphony.  Yannick Nezet-Seguin was the conductor.  It was a great evening.

Unlike London the parks in Berlin are not full of flowers - if you look hard there is the odd daffodil and some tulips may bloom soon.  Dussman's has to be among the great bookshops. The panorama from the balcony near the top of the Französische Friedrichstadtkirche makes the climb worthwhile. The Jewish buildings near where I am staying in TucholskyStr and OranienbergerStr have constant police guards.

On my first morning I had breakfast in the Restaurant Dressler on Unter den Linden.  I was the first customer.  Later the conversation at a nearby table was between two American women (from a major energy company) and two German men.  The conversation was about future directions of energy policy.  I was pleased to hear the Germans debunking the US commitment to the concept of baseload...and arguing that wind and solar were central to any future energy mix.

Last night I had a great meal at the Martin-Gropius-Bau, one of Lonely Planet's better recommendations, and far more convivial - for me - than the modern hype of Potsdammer Platz and the Sony Centre. Over dinner the first night the conversation was about the possibilty of war triggered by events in Ukraine...more-or-less, just down the road!.  Having seen the BBC program '37 Days' about the lead up to the First World War I left dinner hoping that history would not place us in some similar count down! 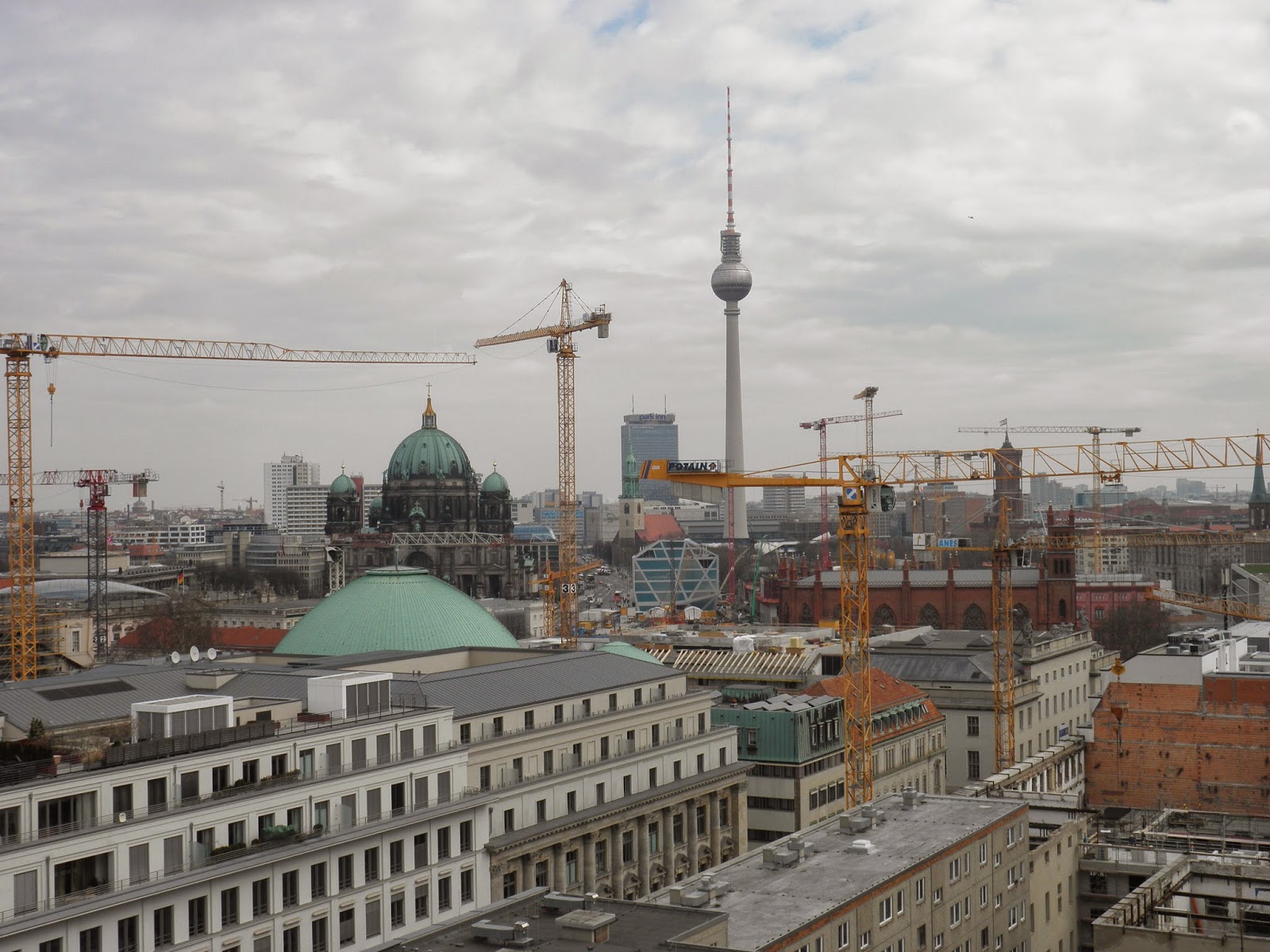 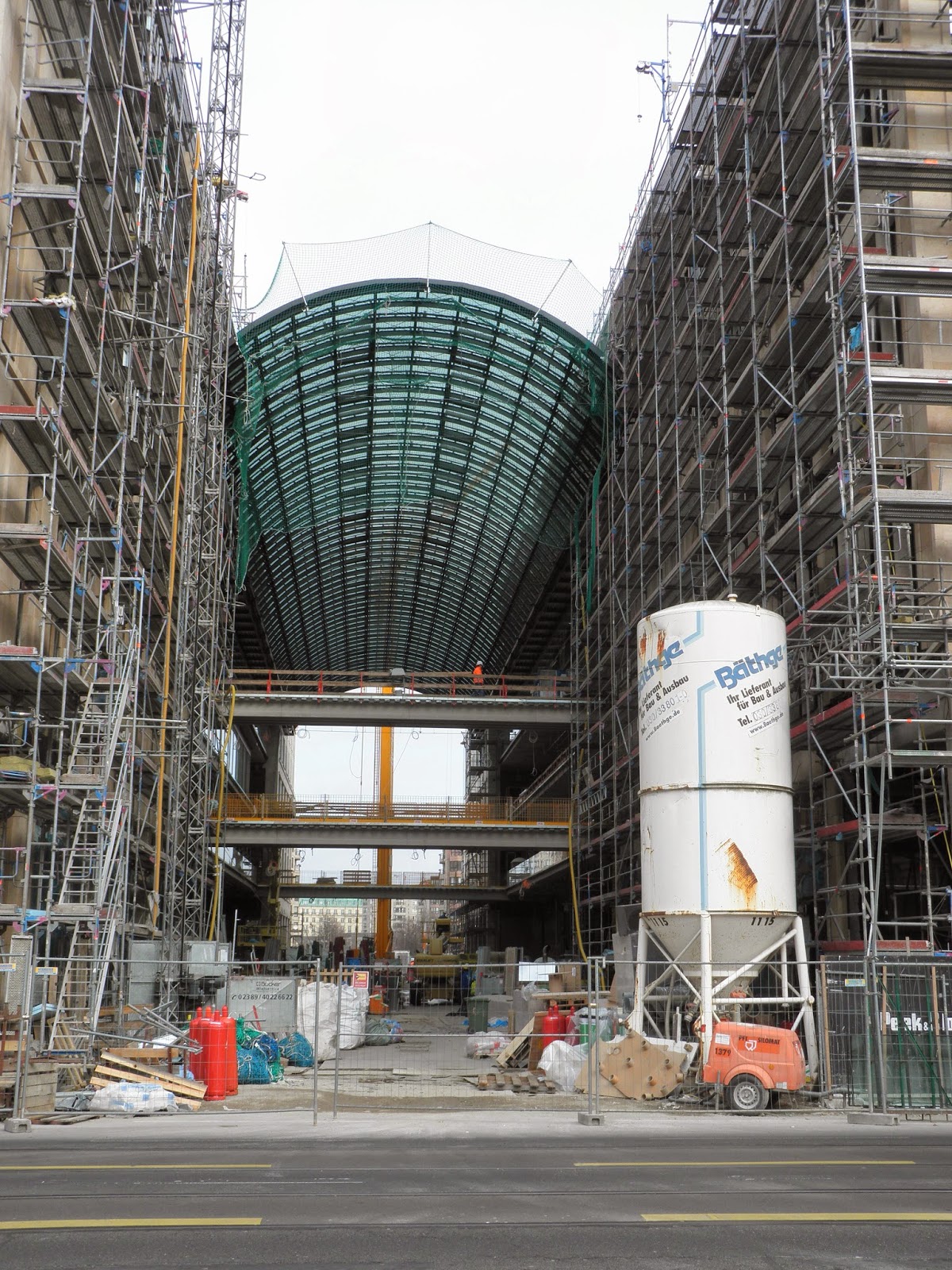 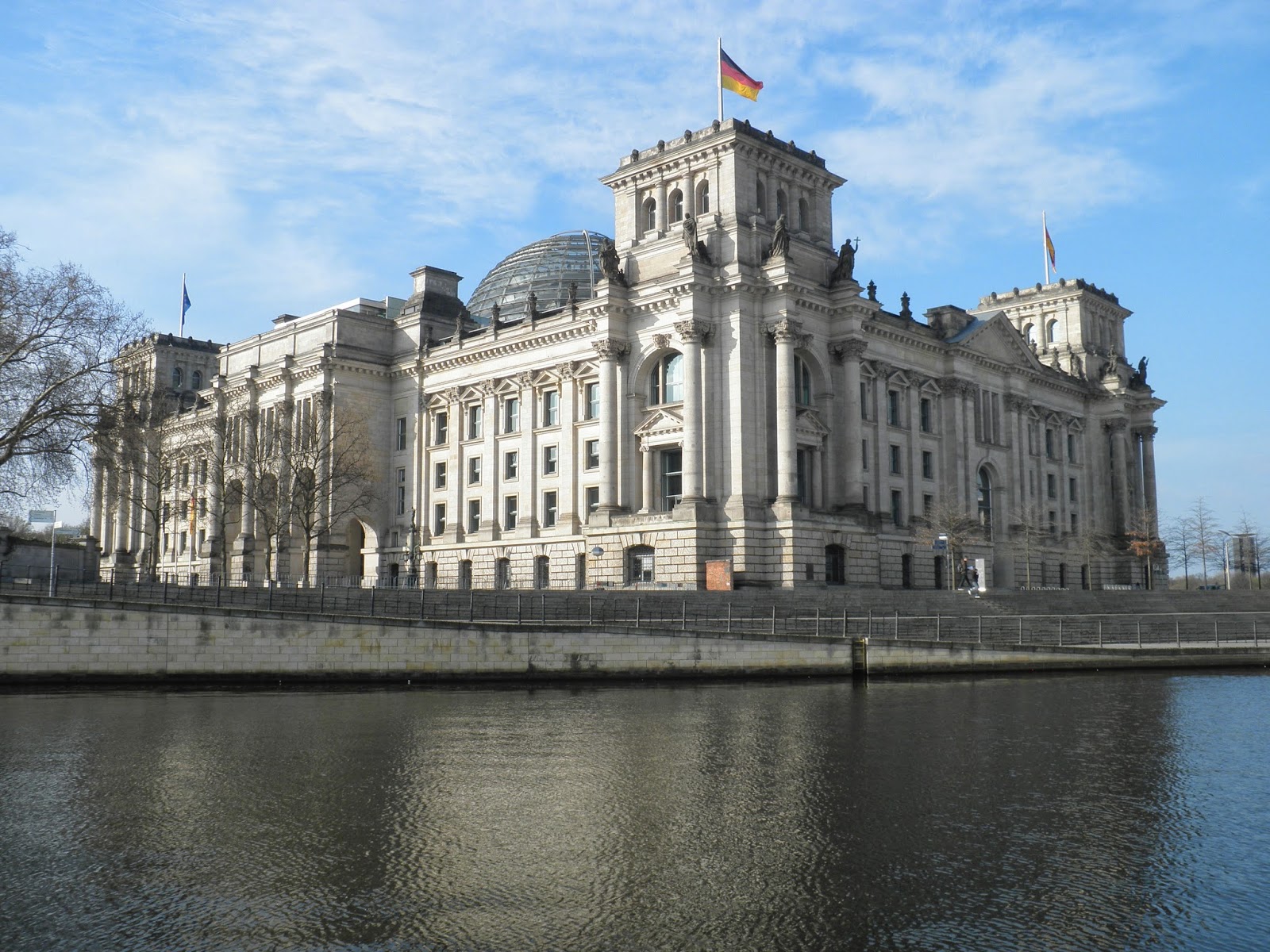 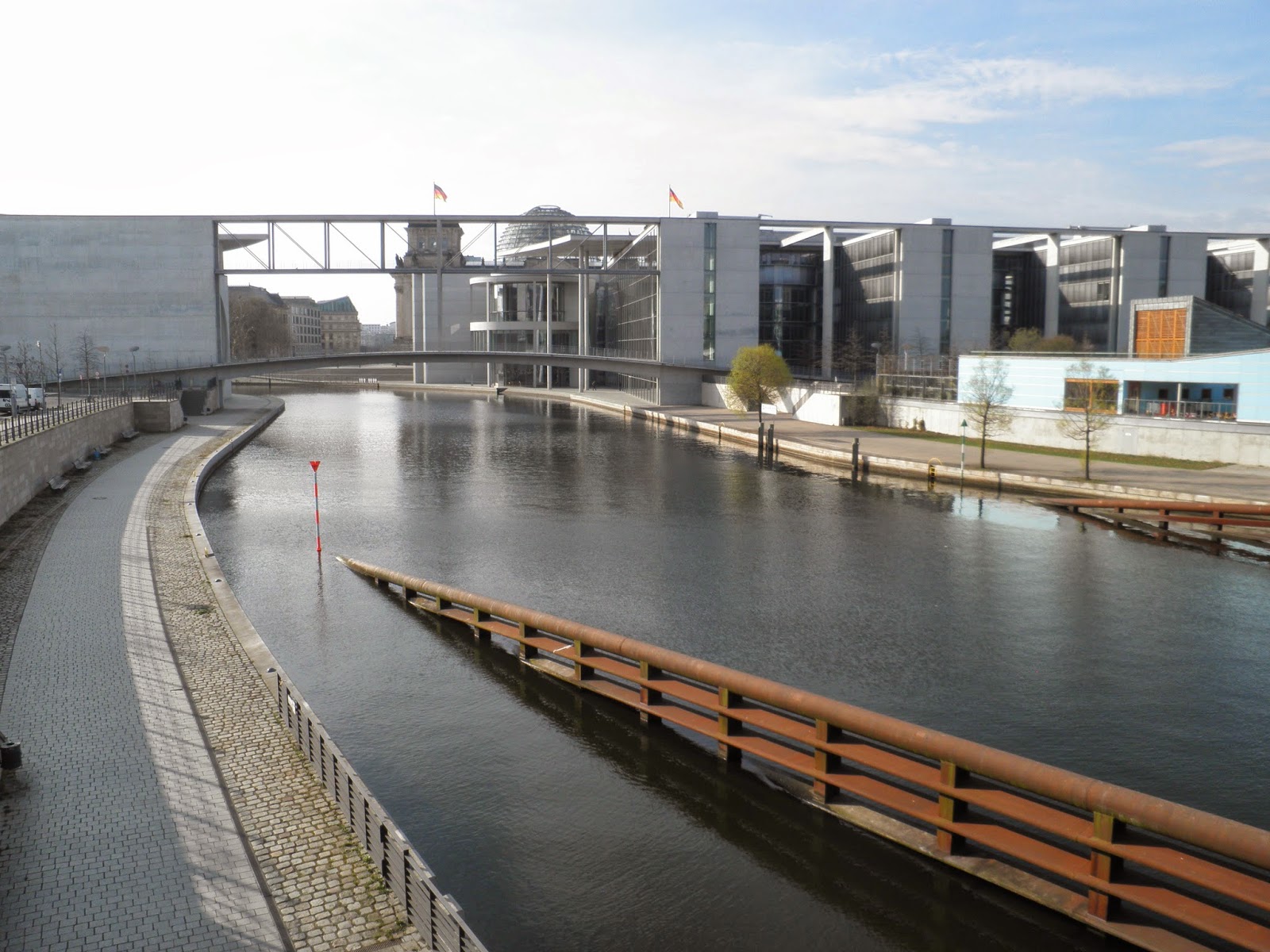 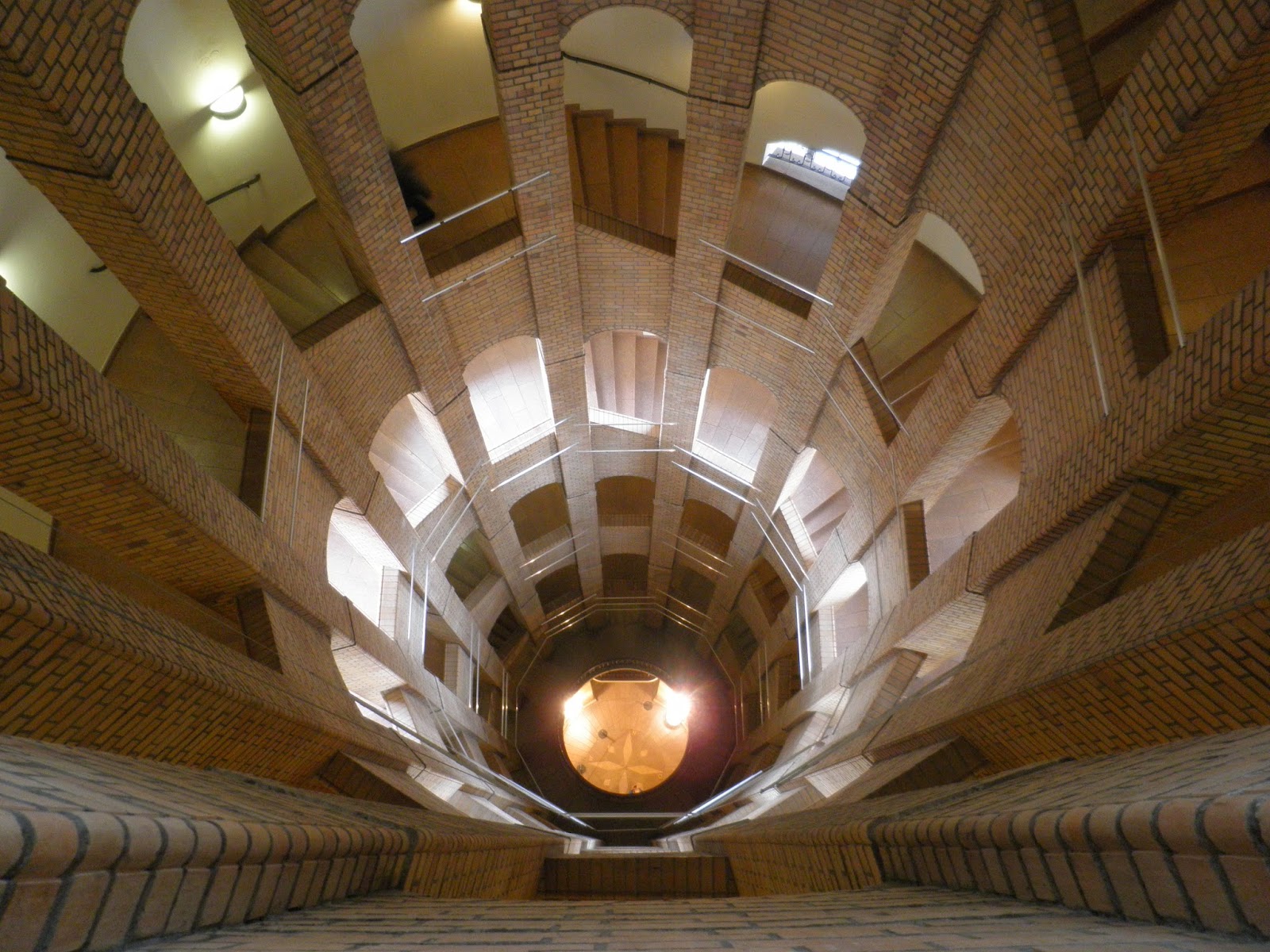 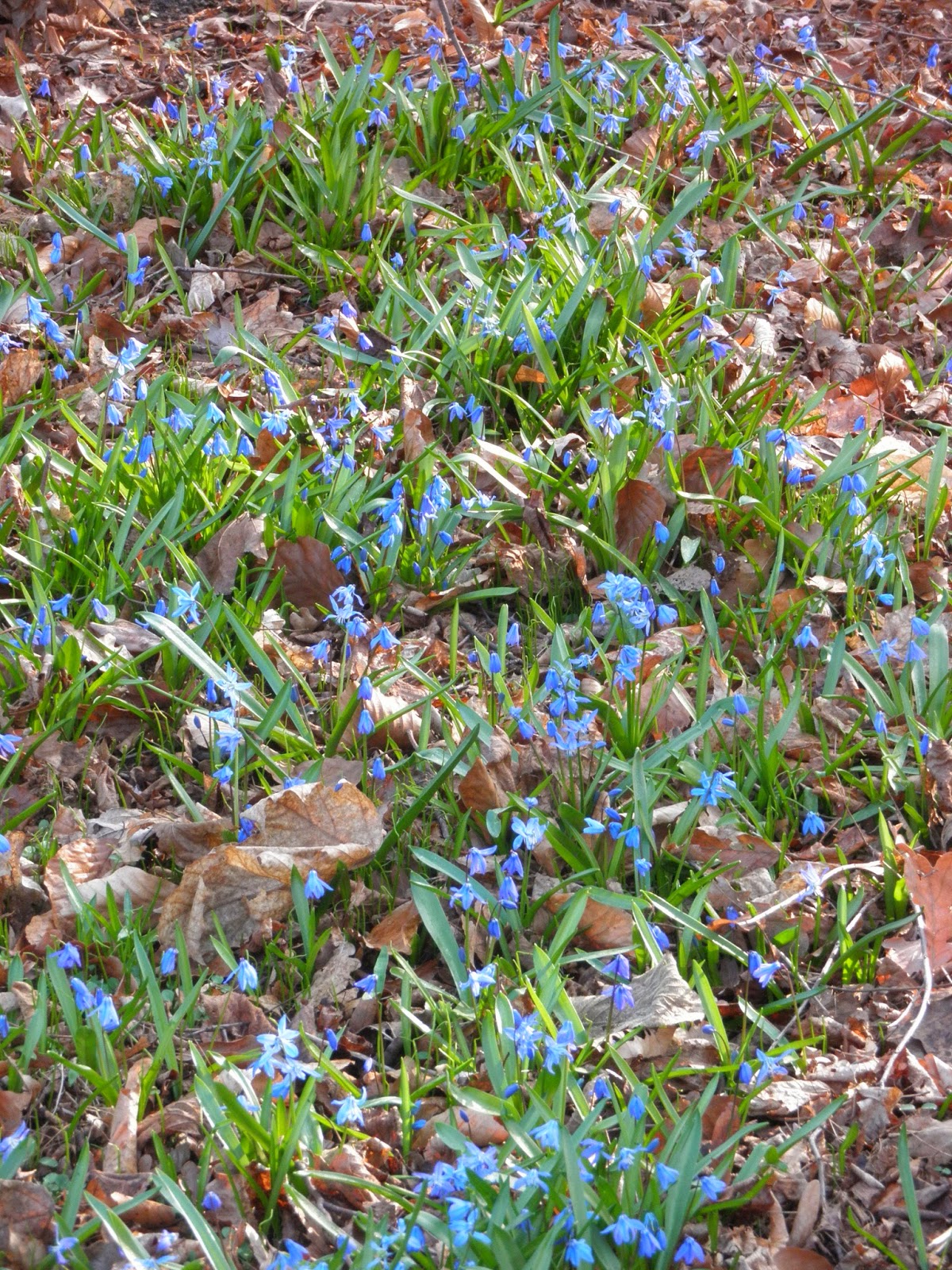