Not all TV was bad during my stay in Washington.  In the early part of my stay, suffering from jetlag, I managed to see a few excellent  interviews on PBS TV during my wakeful hours around 2am!

The station I found most informative was WHUT-TV which  is "a Public Broadcasting Service (PBS) member Public television station in the Washington, D.C. area. The station is owned and operated by Howard University, a historically black college. The studios are on the Howard University campus."

Two interviews in particular I found revealing.  The first was an interview by Charlie Rose with Bruce Riedel, whose new book 'What we won. America's secret war in Afghanistan 1979- 1989'  has just been published by the Brookings Insitution Press:

"On sale July 28, Bruce Riedel's new book examines the most successful intelligence operation in US history - the CIA's covert war in Afghanistan."

I recommend viewing the interview to the end where some observations are made that left me very concerned.

The second interview was on 'Democracy Now' with Henry Siegman, Leading Voice of U.S. Jewry, spaeking on Gaza: "A Slaughter of Innocents". In this interview Siegman's description of how he arrived at his current position was particularly powerful, namely he asked the question: 'what would I do if I were in their [the Gaza Palestinians] shoes'?  His conclusion is that he would do what they are doing.  He goes on to reflect how Israelis acted when they were trying to create a homeland, and sees little difference in the nature of the actions.

I have just returned from two weeks in Washington DC, my first visit since a brief stay in 1990.  Memories of my first visit are almost non-existent - all I remember is the anxiety and the admonitions to not walk alone on the streets. There are vague memories of staying in an elegant B&B in Georgetown and of sampling Ethiopian cuisine for the first time.  My business and conversations remain opaque.

Clearly Washington has changed. It is accessible and a get-out-and-about city;  this article from the BBC outlines the transformation: "Washington DC from murder capital to boomtown".

The occasion of my visit was to attend the ISSS (International Society for Systems Sciences) annual conference where I was installed as President for the coming year.  ISSS was followed by the ASC (American Society of Cybernetics) 50th Anniversary conference.  By design and through cooperation the conferences were organised in consecutive weeks and held at George Washington University in Foggy Bottom, just off Washington Circle.  My hotel was close to the conference and in walking distance of Georgetown and the main Washington monuments. I was told Christine Lagarde, head of the IMF had an apartment across the street - clearly a 'good' neighbourhood!

It was an intense but rewarding two weeks - I delivered three presentations and contributed to another plenary.  In a later post I will say more about the substance of the conferences; here I want to post some vignettes, reflections, in no particular order, triggered by my two week stay. 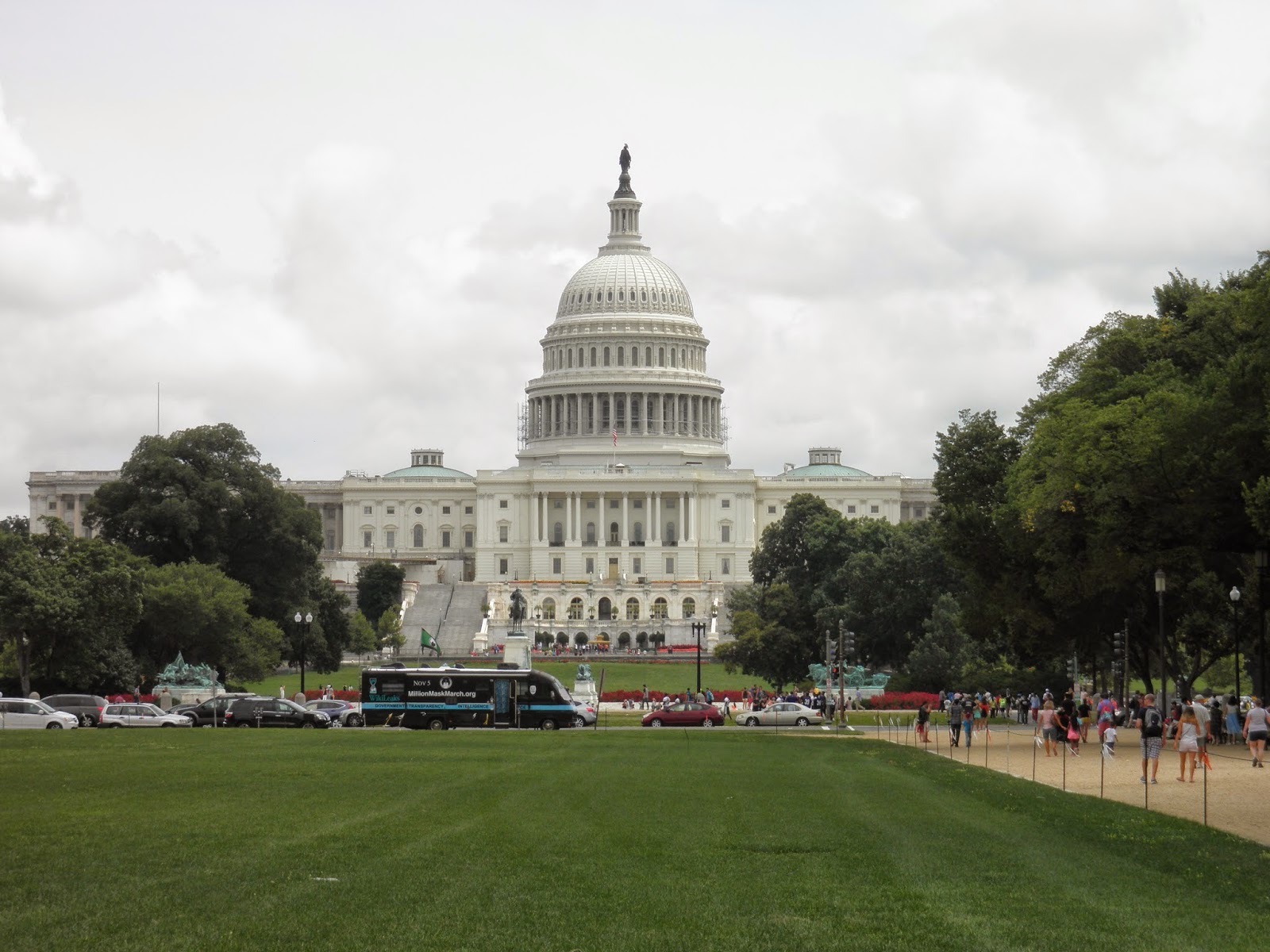 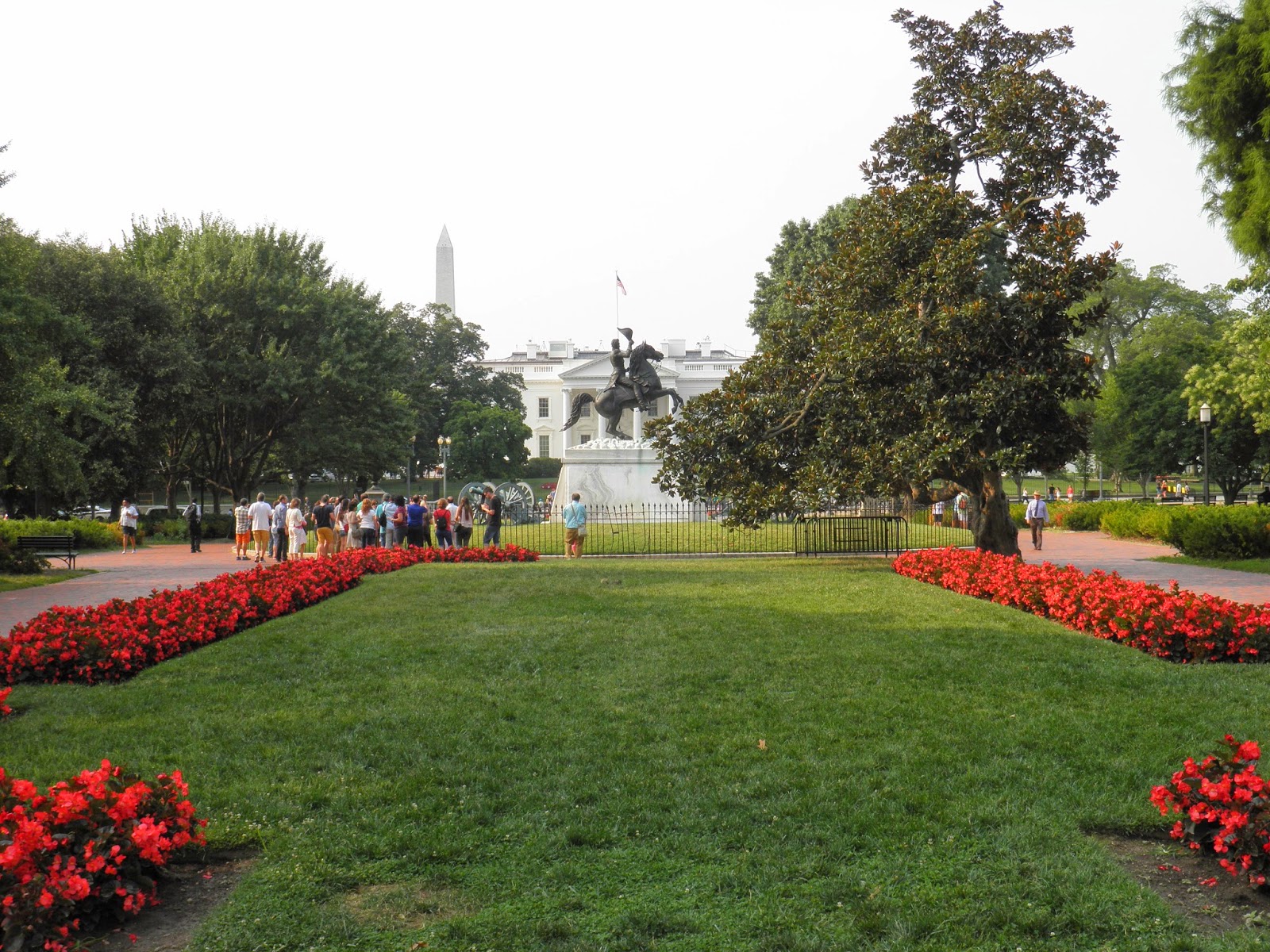 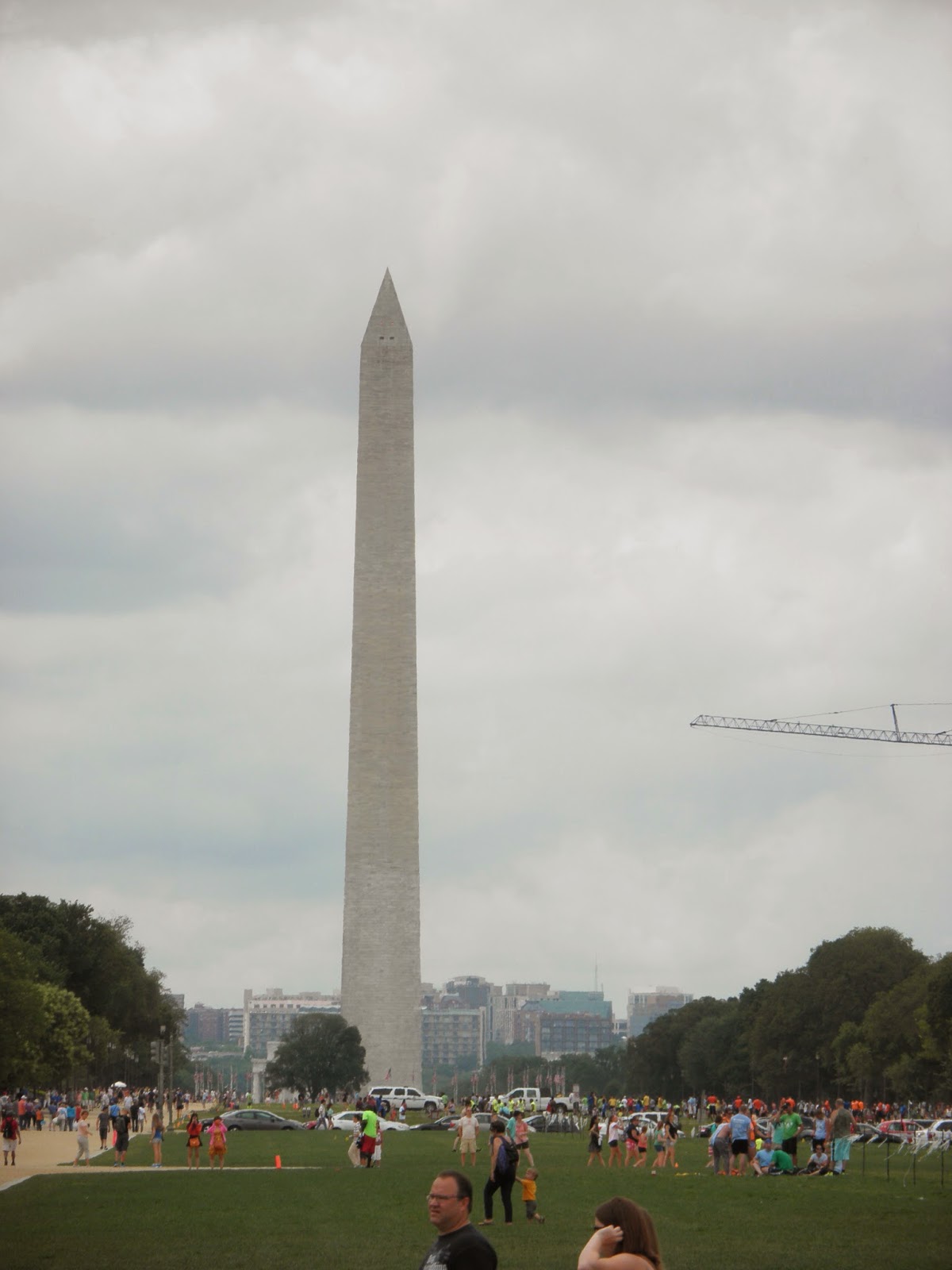 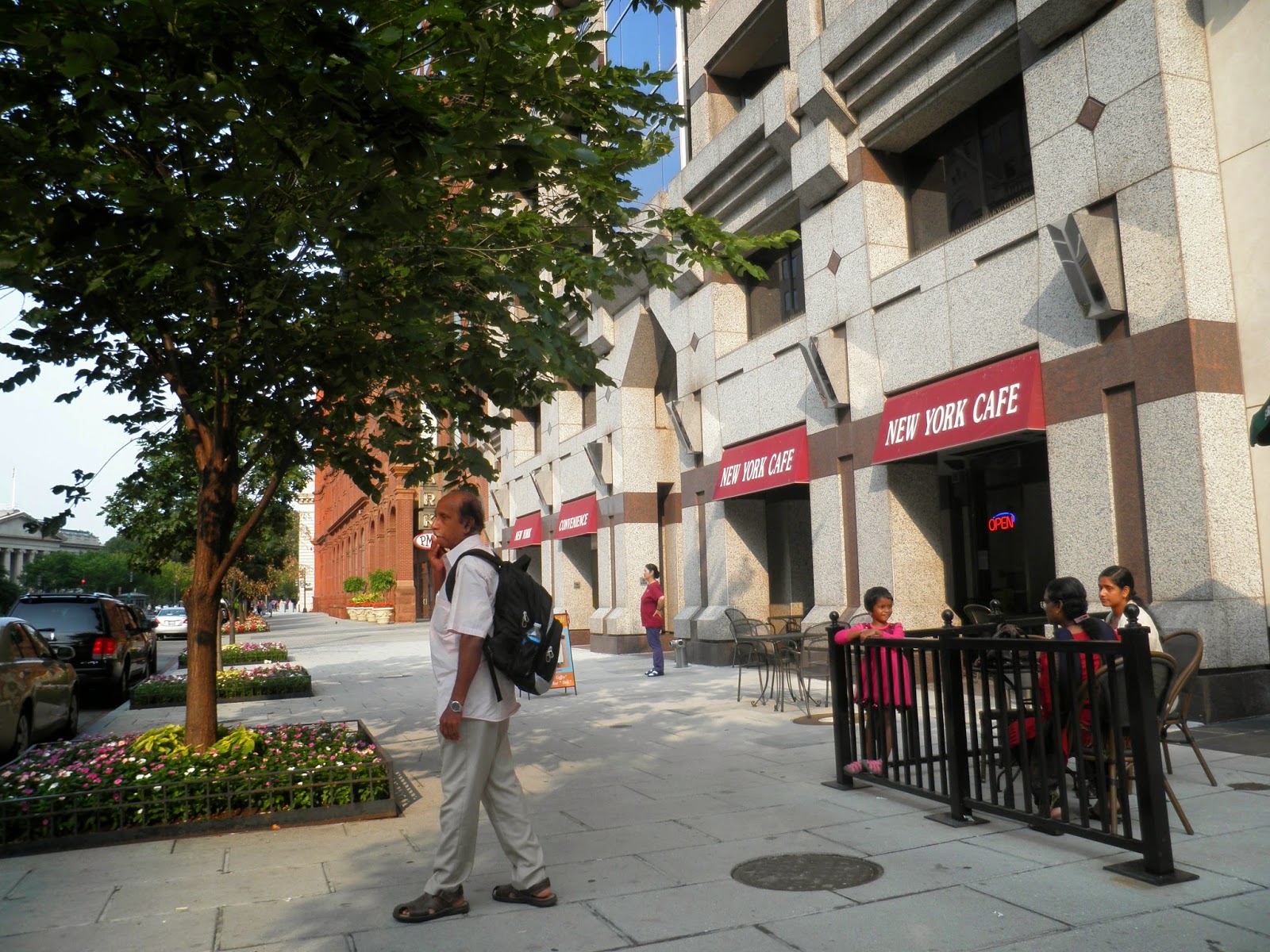 1. Washingtonians consume a lot of coffee but it is not a cafe society ...in the sense of Melbourne, Rome or, increasingly, London.  I came to this conclusion on a Saturday morning when with a friend we set off prior to breakfast for the Lincoln Memorial and a walk towards the Capitol.  When hunger and need for coffee exerted its pull at about the Smithsonian there was not a coffee shop to be seen - despite lots of little booths...that did not open till 9.30am! We turned towards the city and its cavernous boulevards.  Eventually a Starbucks appeared which we rejected in favour of something more interesting - but in the end all that could be found were other Starbucks!!   Breakfast at Starbucks = not my idea of a cafe society!  Unlike many other cities the sidewalks are underutilised for outdoor coffee and dining.

2. Arrival at Dulles Airport - how to get to Washington?  Gave up the idea of public transport in favour of a shuttle which would deliver me straight to my hotel (a metro card for DC can't be purchased at the airport!). I was the last of nine passengers dropped off.  At least I had begun to get my bearings; the driver, a recent arrival from Ghana, knew little more than me about Washington and would have been lost without his sat nav. But after a flight from Melbourne via LA it was not really what I wanted. The return was much easier, though finding out how to do it required persistence - the hotel staff did not know, and seemed unable to find out, how public transport operated with the newly opened metro line (the silver line).  The combination of metro to Wiehle-Reston East station then Dulles International Silver Line Express bus (for only 7 miles) was efficient and not expensive.

3. Lights and airconditioners left on all day - if I switched them off those who did my room would switch them on again.

4. Breakfast at my hotel was a bizarre ritual - a small space, no flow for the items I needed or wanted to consume. It took days to work out how to sequence the events that were needed to get my breakfast! There were two TVs in the room (one on CNN) blasting out hyped up, pathetic reporting mainly about the Israeli-Gaza conflict and Ebola!

5. A colleague kindly took us to Mt Vernon, the home of George Washington for a day trip.  It is only a few hours drive from Washington in the state of Virginia. It was an informative day out - one I would recommend, though it does have its perversities if one is open to seeing them.  The view from the front verandah of Mt Vernon across the Potomac River is delightful and all the more so as the view is little disturbed from that which Washington and his family, employees and...... slaves would have enjoyed. As the land opposite is in the state of Maryland my thoughts immediately went to governance issues - what happened that the view was conserved given two different states were involved and given that by todays standards it is prime real estate?  The answer is Piscataway Park, run by the National Park Service, U.S. Department of the Interior (National Capital Parks-East

"Situated along the Potomac River in Maryland, Piscataway Park was created to preserve the historic views from Mount Vernon, home to President George Washington, to Fort Washington. Piscataway Park is a natural area and is home to bald eagles,beavers, fox, osprey, and many other species."

But the park is only the outcome - the motivation came from Henry and Alice Ferguson who with friends puchased land, prevented development and eventually donated the land to the Park Service, a process not completed till the 1960s. Similarly the conservation of Mt Vernon was due to the action of private individuals who became the Mount Vernon Ladies' Association in 1853 and who continue to run the 500 acre site that has had over 80 million visitors since 1860.

To an Australian Mt Vernon is familiar - in the sense that it has the features of a colonial homestead that aspired to cater for European sensibilities. But by European standards it is a modest home, though the entire complex is convincingly retained and restored and enables the visitor an informative, interpretative experience...with one notable exception. Upon arrival at Mt Vernon a 25 minute video is shown in the new Ford auditorium - sponsored also by the Ford motor company it is very professional - a sort of biopic around aspects of the life of Washington. The jarring note for me concerned the segment referring to Washington's role fighting with the British as a colonial officer in the French and Indian war of 1754-63.  In what is essentially a 'creation myth' for the USA the role of the indigenous Indians was written out.  Thankfuly this would no longer be possible in Australia, New Zealand and Canada.  Having viewed this video I also wondered how many Americans would make the connection between their struggle for independence and the Palestinian struggle for a land of their own.

6. The bookshops I found in DC were, by international standards, disappointing. I was sorry to miss the World Bank Bookshop - not open on weekends.

7. Colleagues and I had a great evening at Blues Alley in Georgetown.  Akua Allrich and her three band members presented a delightful set.

8. A highlight for me was a half day spent in the National Museum of the American Indian. For anyone with systemic and cybernetic sensibilities there was much on offer, including an architecture based on a spiraling circularity. It is not often one finds a discussion of the place of duality in a people's life.  The restaurant served indigenous dishes from all the major regions of the Americas - it was a great selection and hard to make a choice because of the diversity.