I take it back.  In my last post I suggested that the Enviromental Film Festival Melbourne might on the whole not run to uplifting, if not quite humerous material.  I was wrong.  Last night I went again and saw Big Boys Gone Bananas.  It is an uplifting film and shows what can be achieved when individuals, groups and institutions support morally relevant action.  It did however take a Swedish culture to support the outcome, and unforunately we do not all have that.  It is almost enough though to suggest moving to Sweden.

"What happens when a large, multinational corporation senses a threat to its reputation? A Swedish filmmaker inadvertently found out after producing his film BANANAS!*.


This documentary explores the true story about this filmmaker and a banana corporation, and the dirty tricks, lawsuits, manipulation used to silence him.

Ultimately, it explores the price of free speech: Dole spent a lot of time and money trying to kill the story of BANANAS!*. As Dole's own public relations company stated, "it is easier to cope with a bad conscience than a bad reputation.""

Last night I went to the screening of 'Surviving Progress'  at the Environmental Film Festival Melbourne (EFFM).  The organisers are to be congratulated as they have put together a solid and varied program.  Unfortunately taking it all in would be too intense for me.  In this vein I overheard an audience member say last night 'where are the environmental comedies'?

'Surviving Progress' makes it clear that our situation is no laughing matter - an implicit message of the film is that we are in a type of evolutionary cul-de-sac and it will be a real test of the evolutionary gifts bestowed on humans as to whether we can get ourselves into a new, viable, trajectory.  As one commentator said, when civilisations failed in the past there were other models in the wings. At the moment it is not clear that any such models exist.

The movie is a Canadian production:

'Mathieu Roy and Harold Crooks, 2011 (Canada)
Produced and distributed by the National Film Board of Canada
1 hour 26 mins

Surviving Progress presents the story of human advancement as awe-inspiring and double-edged. It reveals the grave risk of running the 21st century's software � our know-how � on the ancient hardware of our primate brain which hasn't been upgraded in 50,000 years. With rich imagery and immersive soundtrack, filmmakers Mathieu Roy and Harold Crooks launch us on journey to contemplate our evolution from cave-dwellers to space explorers.

Ronald Wright, whose best-seller, "A Short History Of Progress" inspired this film, reveals how civilizations are repeatedly destroyed by "progress traps" � alluring technologies serve immediate needs, but ransom the future. With intersecting stories from a Chinese car-driving club, a Wall Street insider who exposes an out-of-control, environmentally rapacious financial elite, and eco-cops defending a scorched Amazon, the film lays stark evidence before us. In the past, we could use up a region's resources and move on. But if today's global civilization collapses from over-consumption, that's it. We have no back-up planet.

Surviving Progress leaves us with a challenge: To prove that making apes smarter was not an evolutionary dead-end.'

I particularly liked the challenge posed in the film to contemporary economic and financial models, especially how debt has been manipulated by a global oligarchy.  Given how economics and finance models failed in the GFC (and continue to fail) it is disturbing that so many young people want to study economics.  Diane Coyle writes that:

'According to UCAS figures (UK), 7,800 students began an undergraduate degree in the subject [economics] in autumn 2011, and more than 50,000 applied to do so. This represented an increase in student numbers of 8.5 per cent since 2010, compared with a 1 per cent rise in the total number accepted to UK universities.'

This concern is particularly valid given the evidence that:

'The messages from employers are consistent, be they in the public sector, investment banks or consultancies. Young economists do not know enough economic history, or enough about the intellectual history of their own subject and the continuing debates about methods. Although they are technically adept, they are too narrow in how they approach the problems they face at work.
Scandalously, many economics students also leave university without two essential practical skills for employment as economists: the ability to find and use data correctly, and the ability to communicate their technical knowledge to non-specialists.'

Coyle, an economist and employer of economists, goes on to argue that:

'Economics [has] also become very abstract, taking no account of institutions such as hedge funds and standards of behaviour that, with hindsight, were so obviously important........As far as undergraduate economics is concerned, one important change needed is to introduce more interdisciplinarity into courses. Among other things, this would help to teach that both inductive and deductive reasoning can be applied to the same problems. Economics has become too narrowly deductive and theory-based. Exposure to other social sciences can correct this'

I was less enamoured with the ways in which 'Surviving Progress' dealt with our propensity to seek out  'miracle innovations' that will resolve our collective dilemma. In other words to extend the models of thinking and acting that underpin our current trajectory rather than opening up new, radical possibilties. The material devoted to J Craig Ventner I found disingenous and systemically flawed.  Colleagues have recently drawn my attention to articles which typify what I mean, including this one in Ventner's own domain of genetics.  In the language of the film, these susgestions are merely attempts by the existing oligarchies to maintain their hegemony! They also reflect the systemic failure of our governance processes as is vividly portrayed on the front page of today's leader in The Age:

'Australia's highest-emitting brown coal electricity generators are between $400 million and $1 billion better off than they would have been without the carbon tax, according to new modelling.

In terms of what to do next 'Surviving Progress' has little to offer that is new, an argument echoed in this review. We have known about limits for some time.  Also of the need to reduce consumption (though one part on this was well handled and deserves a YouTube slot of its own). One way the film could make a real difference is if every senior managment team (including Universities) put it on the agenda of their next away day and treated a viewing like a book club exercise.  That said, it would probably require a few non-board invitees to keep the conversation going beyond 10 minutes!
Posted by Ray at 1:56 pm No comments: 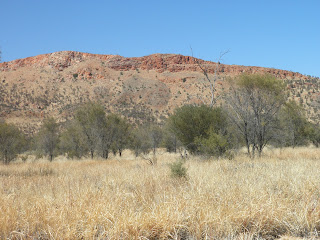 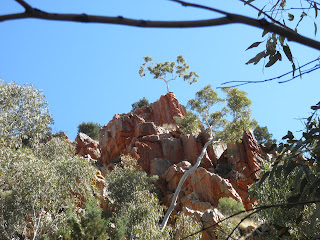 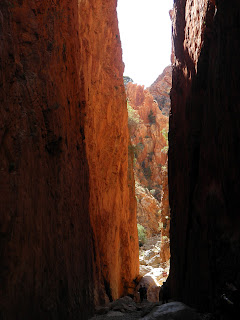 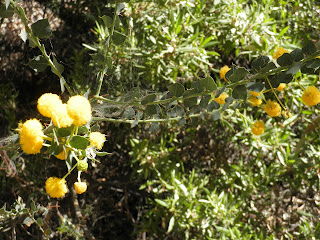 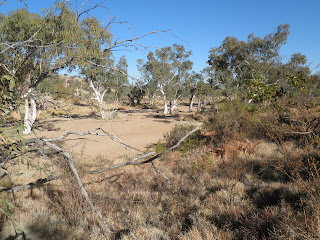 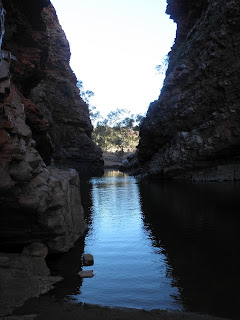 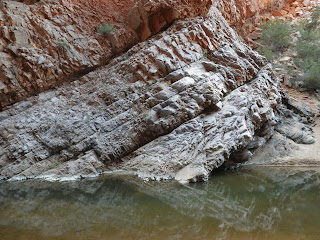 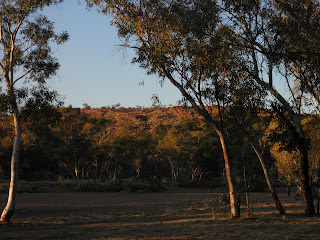 I recently made my first visit to Alice Springs - in fact my first to Central Australia (if one does not count Broken Hill in far-western NSW). It was a work trip so we had limited time to look around.  These are a few of my better photos.
Posted by Ray at 2:41 pm No comments:

In 1997 we set up a new Post Graduate degree in Environmental Decision Making (EDM) at the Open University (UK) because we wanted to move beyond the mainstream understanding of Environmental Management (EM). In particular we wanted to move the focus away from 'an environment' that needed to be managed to a focus on how all decisions took the environment into account.  Thus EDM was a different form of practice (praxis) to the prevailing EM paradigm.  As first Director of the program it was always difficult to know how much impact our program had. None-the-less it got off to a good start and has had a strong stream of students ever since.

Now, in its wisdom, the OU is rebranding all its Environmental offerings under the rubric of Environmental Management (following expensive advice from external consultants).  We shall see how this unfolds.  Rebranding of course does not mean that the usual high quality teaching will cease, nor that a systemic perspective, as was developed in EDM, will be abandoned. In fact Systems academics at the OU are making significant contributions ot the rewriting of undergraduate EM courses.

Recently I had occassion to read a paper by Andrew Halliday and Marion Glaser (2011) A management perspective on social ecological systems: a generic system model and its application to a case study from Peru,  Human Ecology Review 18 (1) 1-18.  This is a thought-provoking paper.  It was good to see in the acknowledgements the following:

'The first author wishes to thank members of the project team of Pro Naturaleza’s Manu Project for their friendship, insight, and stimulating collaboration, and acknowledge his debt to the Open University’s post-graduate course Environmental Decision Making — a Systems Approach, which pointed the way towards the view of social-ecological systems outlined in this paper.'