Brasilian Postcard 3:   Bonito and the Pantanal
I have long wanted to make a visit to the Pantanal, one of the biggest wetland complexes in the world.  I can now say I have been there but only just.  We spent a week based at Bonito, which for reasons that are not really clear to me has become a centre for ecotourism - much of it Brasilian.  There seemed to be many star-struck young couples - perhaps honeymooners - intent on placing themsleves in almost every photo they took.   We stayed at the delightful  Hotel Pousada Aguas de Bonito and mixed quiet days with full days out and about, usually on a tour with a guide - mainly Portuguese speaking.

Bonito, in the south of Matto Grosso do Sol state is on a limestone plateau from which many of the tourism highlights derive.  But it is not the Pantanal!  Highlights around Bonito in ranked order were:

1. Swimming with fish in the Silver River (Rio da Prata) south east of Bonito; just as we were about to enter the water a Tapir plunged in ahead of us and swam past.  This was unusual - something our guides had not experienced before.  The water was crystal clear - the fish huge and varied and a delighful experience overall.  Over lunch (also good) we chatted with two German guys doing a six month motorbike trip around the south of South America - see their trip blog. If I were only a little younger!

2. Late afternoon on the same day we went to Buraco das Araras - a large sinkhole that is a major nesting site for macaws.  Our timing was perfect as macaws in significant numbers were flying back to roost whilst we were there.  They are impressive as they swoop in.

3. We had another good day - despite the rough roads - at Boca da Onca.  It is advertised as 11 water falls - see photos - with an 866 step climb to finish off.  Not much wildlife and wrong time of day for the birds but enjoyable none-the-less.

4. We had fun - including great water fights -  on a boat trip along the Formoso River

5. The blue lake cave (Gruta do Logo Azul) was worth seeing - but not a highlight. It is quite close to Bonito and can be done in half a day - as can the boat trip on the Formoso River (which flows into the Miranda River). 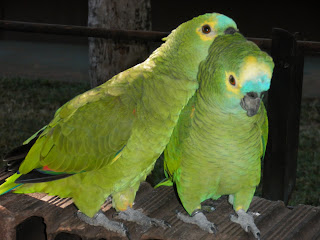 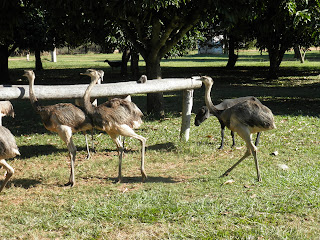 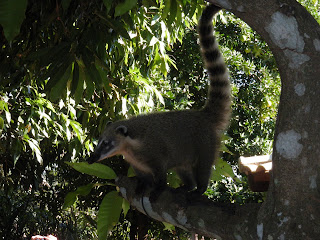 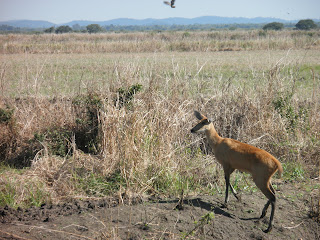 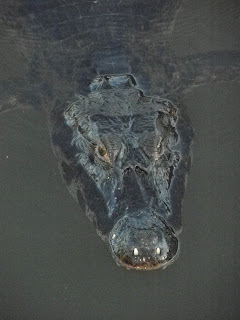 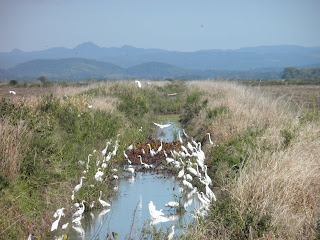 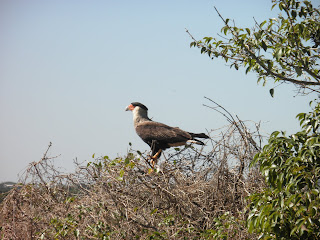 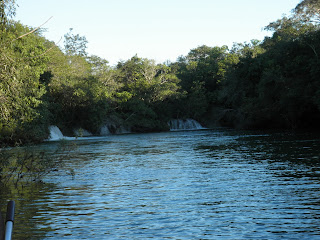 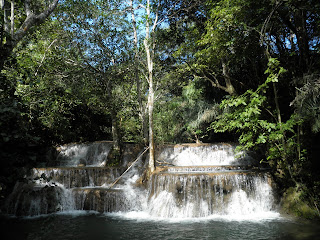 The best day for me was our trip to the Pantanal - Fazenda San Francisco.  From Bonito it was a long day - and made me realise that given another opportunity I would not base myself in Bonito to see the Pantanal - not that I regret seeing much of what Bonito had to offer.  I cannot remember spending a more enjoyable day in a long time - perhaps 30 new species of birds to see, deer, capybora etc. This was also a good example of how agriculture and ecotourism can be combined in a private enterprise activity, though I remain concerned that private enterprise alone cannot conserve all that demands conservation or protection.
Posted by Ray at 10:25 pm No comments:

New Systems Book by Rosalind Armson
At an event at the Open University (UK) office in London last night we had a celebratory launch of the new STiP (Systems Thinking in Practice) postgraduate programme along with the four new books co-published by the OU and Springer as part of the initiative.  The event was recorded so look out for a future Blog with links to the posted material.  A highlight of the night was a presentation by Helen Wilding who spoke from the perspective of someone who has studied both core courses in the new STiP programme and who has consequently engaged with all four books.

As I have made earlier posts about these books  I will not say more here other than to say that in the first presentation of the courses which these books support they have all successfuly delivered on their design intentions.  The books are:
Systems Thinkers

Rosalind Armson's new book was also launched having been published (by Triarchy Press) only that day.   Here is what the publishers have to say about this book:
The fifth of Peter Senge's disciplines was Systems Thinking. (I know you knew that). They say The Fifth Discipline sold more than a million copies.

Triarchy authors John Seddon, Russ Ackoff, Bill Tate, Sally Bibb and Graham Leicester all harp on about Systems Thinking.
The result? A lot of people know Systems Thinking is a good thing but not many actually know how to do it. Which may be why we often get asked to recommend a practical guide to Systems Thinking. Now we can.

Rosalind Armson is a respected and experienced teacher of Systems Thinking. In her new book, Growing Wings on the Way: Systems Thinking in Messy Situations, she weaves together the professional and the personal benefits of being able to 'systems think' with her own case studies. Then she sets out the techniques that work best  in approaching 'messes' (with rules and practical advice on each one):
If you've ever had to face a mess (from running a national health service to a departmental reorganisation, a company merger or caring for your elderly mother) this book has everything you need to unravel it.

Whether you’re new to Systems Thinking or an old hand, the book helps you work with your own messy situations. It’s aimed at managers, team leaders, strategists, policy makers, students and people with mothers.

I have read Growing Wings and can unreservedly recommend it.  These five books constitute a major milestone and a synthesis of the Open University's systems teaching and scholarship since it began in the early 1970s. Former OU student and Systems consultant Mike Haynes, amongst others, has endorsed Rosalind's book.

“A Systems Thinking primer!  This easy-to-read book makes systems theory accessible to those who do not have time for intensive study but need help in structuring and solving complex problems… A resource masterpiece!”
Mike Haynes, Consultant

Rosalind Armson was, until last month, Senior Lecturer in Systems at the Open University. She has had a key role in Systems teaching and research in the UK and internationally and is widely respected for her grasp of the subject and her ability to communicate it.

As an independent consultant she has worked with banks, development agencies, energy providers, the voluntary sector, governments, health-care practitioners and many others.