Drennan writes:  'By the way, regarding systemic effects of the snow, here are a few more.

1) We all need food supplies etc but of course the big stores are all operating on the "Just  in Time" system - which  means a delay of a day or so means the stores start running out of food.

2) People hear about this difficulty on the news and so they buy twice as much as usual to "stock up" - except for the indigenous rural Scots who stock up at the start of November every year - and the result is the shops empty quicker.

3) This is all made worse by the fact that the TESCOs and ASDAs have outcompeted the small town centre bakeries etc which have often closed.  The TESCOs etc of course buy in bulk from bulk producers and hence the great majority of the bread eaten in Scotland is all made in three huge bakeries near Glasgow.

4) However, once an articulated lorry delivering supplies jack-knifes on a  motorway, huge traffic jams build up behind it and breakdown vehicles or road gritters that would make the road driveable can not get through. A few of these and the whole system jams up! We have of course developed a delivery system largely dependent on just in time deliveries by large lorries, and business based mainly on car commuting workers who get caught in the snarlups.

5) This of course means tankers cannot reach the main oil refinery, which means that petrol stations start running out of fuel for sale, which means even those that can move to deliver may run out of fuel.

6) In the meantime, amid the political blame game that is going on, the first minister for Scotland announces that we will have to get used to more such extreme weather conditions in Scotland - enter Climate Change.

All the best - it is thawing now but forecast to freeze up by Monday'
Posted by Ray at 1:21 pm No comments: 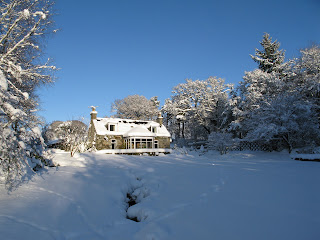 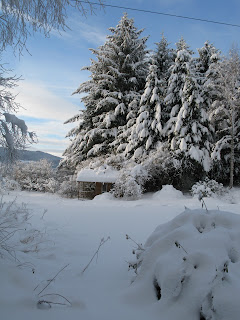 We stay at home and drive nowhere. We couldn't go many places. All the hill passes seem to be permanently blocked. Nobody has any winter tyres for sale - they all went to Germany. Hope all goes well with all of you.'
Posted by Ray at 9:12 am No comments:

Effective use of Systems in policy review and development


The Munro Review of Child Protection in England by Professor Eileen Munro of  LSE  has released a first report entitled: 'A Systems Analysis'.   It is recommended reading for anyone interested to see how good systems thinking and practice can help to frame and structure an important inquiry such as this one.  It also highlights the role that Systems capability can play in formulating public policy and effecting good governance.  David Lane, Reader in Management Science at LSE is providing expertise in Systems in support of the review.
In introducing this report Prof. Munro describes how it:
'sets out the systems approach I am taking to understand how reforms interact and the effect these interactions are having on practice. It is at the front line where they come together, at present creating an imbalance and distortion of practice priorities.'
In outlining the report's approach to Systems is argued that:
'A systems approach will help this review to avoid looking at parts of the child protection system in isolation, and to analyse how the system functions as a whole. Social workers and other professionals accept many previous reforms were well intended but their interaction and cumulative effect on frontline practice have had unintended consequences. A systems approach will help to understand how and why previous reforms have had both beneficial and adverse consequences and how the review might improve how the system supports social workers and other professionals to protect children and young people better in the future.

For more background see this clip or this article.
Posted by Ray at 6:18 pm No comments: