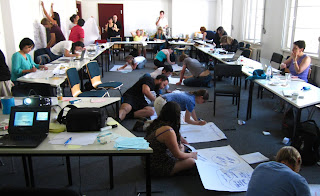 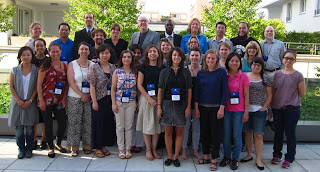 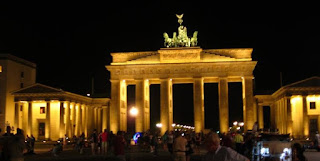 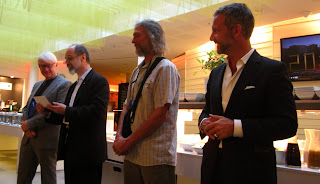 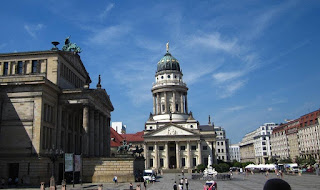 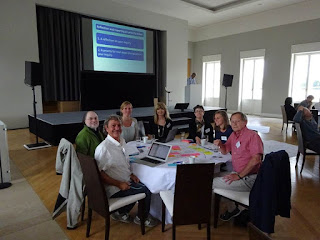 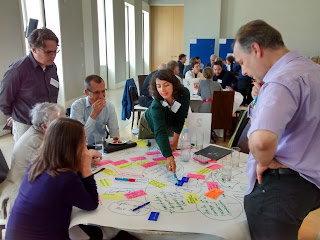 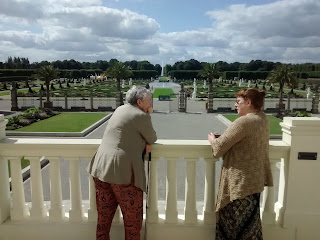 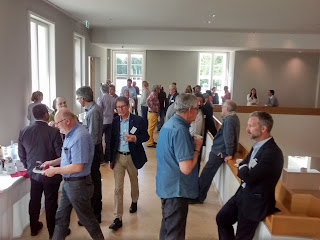 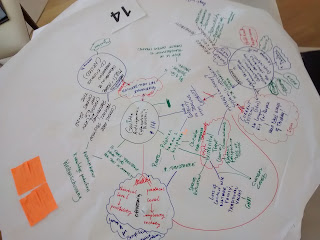 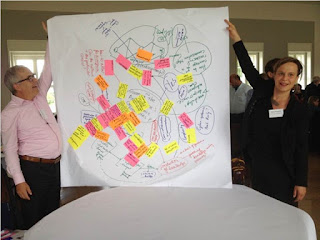 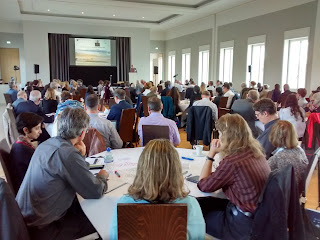 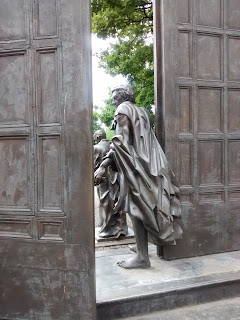 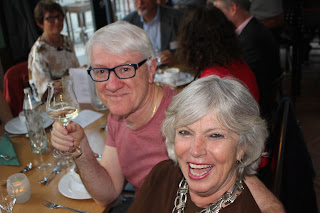 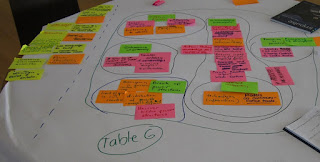 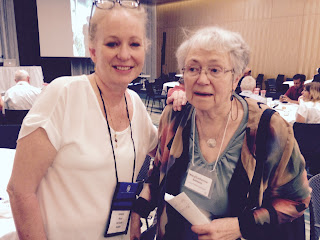 These images come from three interrelated events held in Hannover and Berlin in late July, early August 2015 - see this blog for background. I thank my colleagues for providing some of these photos.
Posted by Ray at 2:44 pm No comments:

It may have escaped your attention (but not mine) that my last Blog was posted in April 2015. So what happened to my systemic musings?  Those of you inclined to, or interested in, systemic musings will be well aware that there has been no shortage of issues that warrant, if not demand, some systemic reflection.

One response would be to claim that 2015 was saturated with events and issues where more systemic insight and action was warranted yet obviously lacking! That is, 'the demand' was overwhelming!   How to evidence such a claim?  Not easy if even a sensible thing to do!

Another response would be to claim that my lack of musings were a response to the emotional and work roller-coaster that unfolded in my life from April onwards.  My own experiential evidence gives some credance to this claim!

Musings are a form of practice; the etymological roots (*) of the word encompass several meanings including 'to have one's mind roused'; 'to both love and to be mad'; to ponder, think, remember, show, foretell, warn'.  Musing, as a practice, could be understood as ranging from 'an animal sniffing around' (knowing its environment, or context), to the purposeful engagement in reflexive praxis (i.e. reflection on reflection through theory-informed practical action).  In resuming my blogging it is this praxis understanding of 'musing' that I seek to exemplify, whilst recognising that a praxis in which the acts of thinking and writing are central has its limitations in terms of effecting the sorts of transformative change that contemporary circumstances warrant.

My last posting was over Easter 2015 - a sort of 'calm before the storm' period that unfolded as the commitments made as President of ISSS (International Society for the Systems Sciences) took hold whilst at the same time I juggled my other academic commitments e.g. the CADWAGO project; the STiP MSc; the Systemic Governance Research (SGR) Program and my commitments to the RESILIM-O project.

For a range of reasons which I will outline in a later Blog, the activities of my ISSS Presidency were focused in Germany over the summer of 2015 (July-August).  Whilst demanding they were very successful as I hope the following report makes clear:

33. PhD Systemic Inquiry – ‘Systems Thinking and Practice in PhD Research: Cybersystemic Possibilities for Governing the Anthropocene’ in conjunction with WINS/Humbolt University, 5ECTS.
A lot of feedback was forthcoming - most of it very positive. This feedback, subject to permission by the originators, will be posted on the Systemic Inquiry Blog or here in due course.

Over this period a number of very successful learning events were run as  part of the CADWAGO project and in relation to the 'Learning Lab' initiative at Monash.  I will post more about these in due course. The rest of the year started well with a successful visit to China (more later) but then ended badly for reasons I shall explicate in future posts.

In 2015 perhaps the most positive event was that of CoP21 in Paris. Much has been written about the process and outcomes and the imperatives that now confront us collectively.  Responding positively will require as much systems thinking in practice as can be mustered and actioned.  The materials generated from the events held in Germany over the European summer are worthy of consideration by anyone wishing to contribute to the next phase of concerted action to transform how we live in a climate-change world.

* My etymological musings are always aided by reference to Joseph T Shipley's (1984) 'The Origins of English Words. A Discursive Dictionary of Indo-European Roots. The  John Hopkins University Press, Baltimore.