Listening - the 2011 ASC Conference
Ranulph Glanville,  President of The American Society for Cybernetics (ASC) writes to announce a conversational conference on the theme of

'We regard listening as the key act that turns talking into conversation. However, we use  these words metaphorically, and not just  literally: we do not mean to concentrate on the aural senses, but on the idea that it is the recipient who gives meaning to what they hear. This is how they release the potential in a statement made by another into conversation, whether the conversation is in words, acts, gestures, or  indeed any other medium of communication. This can lead to the development of understanding of the other so important in human relations (perhaps specially in fields such as psycho-therapy, management, education and music).

Our conference is organised around informal and generous conversations in small groups, but has space for formal paper presentations and  performances. We are also inviting experiential workshops. The  conference itself will be held in Richmond, Indiana, USA, and begins in  the evening of 10 August and runs to the evening of 13 August 2001.  There is a sliding scale of charges. For those attending, there are free  add-on events before and after.

To get a sense of last year’s conference, please visit this web site.

We hope to welcome you to our conferences!'
Posted by Ray at 4:55 pm No comments:

Pegasus are now sellling the following two videos.  If anyone has looked at them  I would be interested in your feedback.

In this powerfully engaging video, Peter Senge speaks in plain, straight-to-the-point language about crucial leadership issues facing all organizations as they work to create the results they really care about. From proposing alternative roles for leaders that go beyond the destructive hero-CEO myth to underscoring the central position of trust and relationships in collective endeavors, Senge zeros in on pivotal organizational challenges and points a way ahead for all who see themselves as leaders.

Senge on Change and Learning

In this gripping discussion, Peter Senge illuminates the crucial role of learning in any successful organizational change effort and helps us understand ways to get beyond frustrating barriers to learning. He underscores the importance of focusing on the human dimension in the workplace and the remarkable capacity of inspired people to work together in service of a larger goal. Perhaps most important, he dispels the illusion that leaders can spearhead organizational change without being ready to change themselves.
Posted by Ray at 5:53 am No comments:

Reprieve for Mekong
Further to my last posting the meeting held yesterday deferred a decision to proceed with the Xayaburi Dam on the Mekong in Laos.  Apparently 'the Lao PDR proposed to proceed with the dam [whilst] Thailand, Cambodia and Vietnam called for an extension to the decision-making process, citing concerns about transboundary impacts and knowledge gaps that require both further study and public consultation'.
Posted by Ray at 5:44 pm No comments:

Along the Mekong - do we know what we do?

An article in today's Age reminds me of what I have not been thinking and writing about since my recent visit to Cambodia and Laos.  Why?  Well because it is just too damn depressing!  So what is happening along the Mekong?

"Today, the four countries that share the lower reaches of the Mekong River will announce whether they agree to the construction of a controversial dam that could forever alter the character and natural diversity of one of the world's longest and most bountiful rivers." (Thomas Fuller)
Please read Thomas Fuller's piece to explore why this is bad enough, but unfortunately there is more, much more.  The proposed Xayaburi Dam on the Mekong in Laos is only the tip of the veritable iceberg of intervention and exploitation in the vast Mekong river system.  This is a wicked, wicked problem if ever there was one!  A vast river system that underpins ecological processes and species lifecycles that we do not fully understand; six countries (China, Burma, Laos Thailand, Cambodia, Vietnam) all concerned to develop...or exploit their 'own' natural resources and despite a Mekong River Commission as Fuller notes, "all four countries retain.. the right to build dams with or without agreement by neighbouring countries."
Whilst in Laos amongst water engineers and policy advisers I had figures quoted to me of 1.5 million people's livelihoods being threatened by dams in the Mekong-fed Tonle Sap lake system in Cambodia.  In all hundreds of dams and diversions are on the drawing board for the Mekong and its tributaries.
There are of course groups trying to work with key stakeholders to avoid catastrophe, groups like M-Power. If ever there was a context calling out for systemic and adpative water governance this is it. 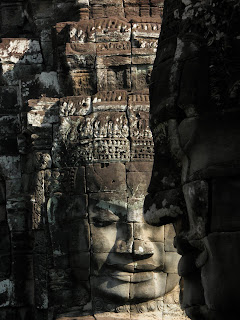 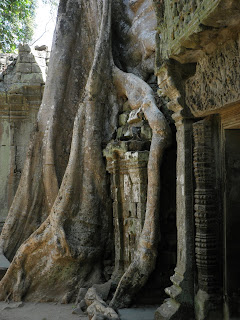 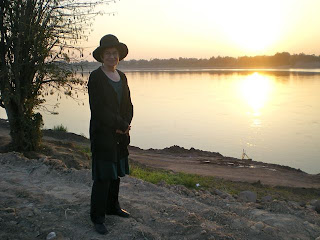 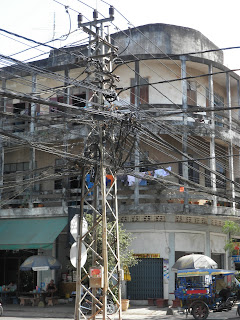 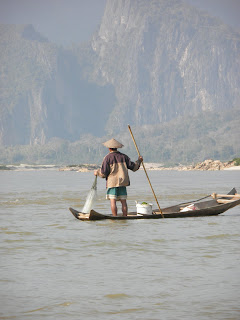 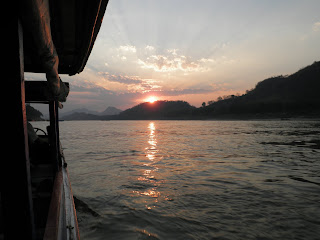