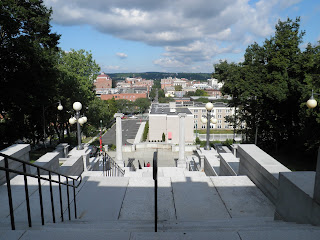 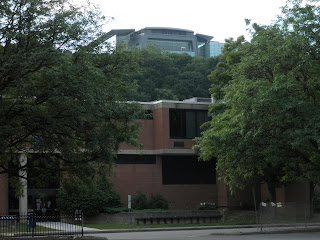 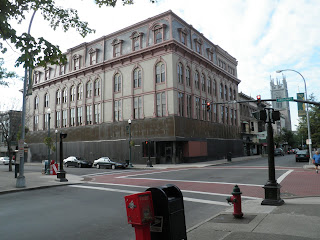 Troy reminds me of the city of Ballarat - fine, substantial 19th century buildings established on the back of the city's wealth. In Troy's case industrial and manufacturing exploiting its position on the banks of the Hudson River whereas for Ballarat it was gold.  Then urban decline and decay in the 20th century accompanied, so it seems, by disatrous town planning decisions and some terrible architecture.  Clearly attempts are now being made to conserve the architectural heritage but there is a slightly down at heel feel, with many empty shops and a 'post global financial crisis' feel.
Posted by Ray at 4:39 am No comments:

Just received from Avaaz. Evidence that people working together through a facilitative platform can change things for the better.

'A massive online campaign by the Avaaz community in Brazil has just won a stunning victory against corruption.

The "clean record" law was a bold proposal that banned any politician convicted of crimes like corruption and money laundering from running for office. With nearly 25% of the Congress under investigation for corruption, most said it would never pass. But after Avaaz launched the largest online campaign in Brazilian history, helping to build a petition of over 2 million signatures, 500,000 online actions, and tens of thousands of phone calls, we won!

Avaaz members fought corrupt congressmen daily as they tried every trick in the book to kill, delay, amend, and weaken the bill, and won the day every time. The bill passed Congress, and already over 330 candidates for office face disqualification!

One Brazilian member wrote to us when the law was passed, saying:

I have never been as proud of the Brazilian people as I am today! Congratulations to all that have signed. Today I feel like an actual citizen with political power. -- Silvia

Our strategy in Brazil was simple: make a solution so popular and visible that it can’t be opposed, and be so vigilant that we can’t be ignored.

This victory shows what our community can do - at a national level, in developing nations, and on the awful problem of corruption. Anywhere in the world, we can build legislative proposals to clean up corruption in government, back them up with massive citizen support, and fight legislators who try to block them.

France's Le Monde called our "impressive and unprecedented petition" campaign a "spectacular political and moral victory for civil society." And while this victory may be a first, we can make it the precedent for global citizen action.

Amazingly, our entire Brazil campaign was made possible by just a couple of Avaaz team members, serving over 600,000 Avaaz members in Brazil. The power of the Avaaz model is that technology can enable a tiny team to help millions of people work together on the most pressing issues. It's one of the most powerful ways a small donation can make a difference in the world.
......

We've seen the heart-wrenching movies about street kids and desperate urban poverty in Brazil, and we know that across the world political corruption preys on our communities and saps human potential. In Brazil, our community has helped turn the tide and usher in a new era of transparent, accountable politics. Let's seize the opportunity and begin to fight corruption everywhere it's needed today.

The Economist, "Cleaning up. A campaign against corruption":


The Rio Times, "Anti-Corruption Law in Effect This Year":

The story of Brazil's Clean Record law has yet to be told widely in English language media. Here are a few stories in other languages that capture the campaign:

Correio Braziliense, "The arrival of 2.0 activists": (Portuguese)
Posted by Ray at 9:52 pm No comments: